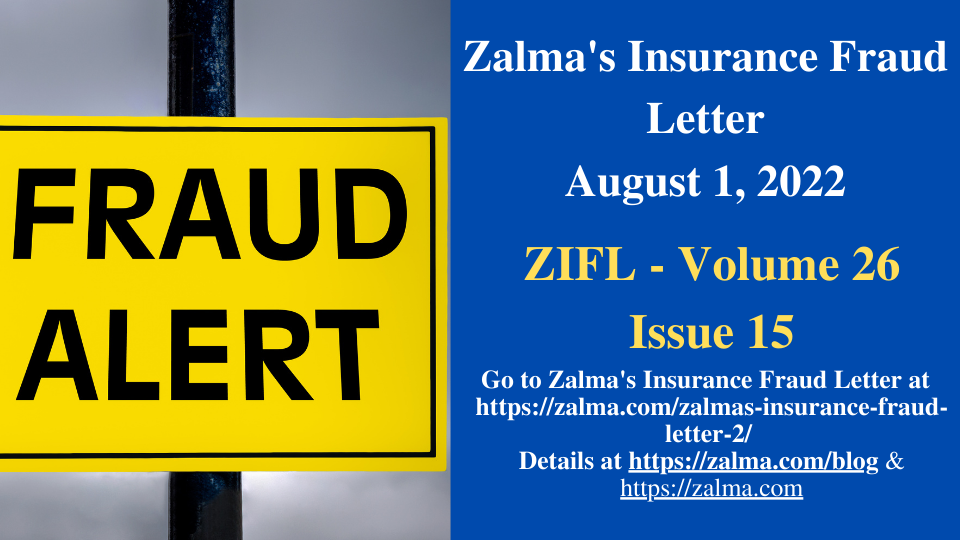 Articles include:
“The Need to Understand the Mutability of Memory When Investigating a Fraud”

During my time as a trainee investigator at the Army Intelligence School at Fort Holabird, Maryland, a classroom lecture on interviewing was interrupted by a man dressed in a clown mask, a tuxedo, swim fins, a cowboy hat, and a purple cummerbund. He ran into the room, screamed epithets, fired a weapon into the ceiling, and ran out. The teacher instructed each member of the class to write down a description of the intruder. None of our descriptions was accurate, and we were all shocked when the shooter was brought back into the class. The noise he made, the firing of a weapon, and the fear the incident engendered made it almost impossible to recall him accurately. Some even described him as having been female.

The professional recognizes that some EUO techniques can cause honest subjects — those who are innocent but “just trying to be helpful” — to “misremember” and provide unreliable, even false, information. It has long been known that false memories can be implanted by a process of suggestion, especially when used by skillful but unscrupulous attorneys or interviewers.
California Claims Regulations

Insurers licensed or operating in California must file their SIU annual reports by Wednesday, Sept. 28 and Insurers licensed or operating in California must ascertain that their entire claims staff has read, understood or be trained about the California Fair Claims Settlement Practices Regulations by September 1 of Each Year and be ready to swear under oath that the Regulation has been complied with by the insurer.
Insurance Agent Should not Sell Unregistered Securities
Unregistered Security Exclusion Eliminates Duty to Defend or Indemnify

State Farm Fire and Casualty Company filed a motion for summary judgment, arguing that it owed no duty to defend or indemnify defendants, Hamdallah, L.L.C., et al. (“the LLCs”), against the claims asserted by plaintiff, Nixon Calix. The trial court granted for summary judgment and dismissed all claims against State Farm with prejudice.

For example: Dr. Jose Santeiro lured patients for medically unneeded rehab in a $112M fleecing of private insurers in South Florida. Recruiters paid kickbacks to con addicted patients into attending Santeiro’s detox facilities, then plied them with illegal drugs to ensure they were admitted. Santeiro made false claims for excessive urinalysis drug tests that weren’t even used in treatment. Santeiro then readmitted a core group of addicted patients he shuffled between Compass Detox and another facility to fraudulently bill for as much bogus drug treatment as possible. Santeiro also prescribed Compass Detox patients an addictive “comfort drink” to sedate them so they’d stay at the facility and keep returning. And he let cohorts use his log-in at the detox facilities to sign electronic medical files to make it falsely appear he provided treatment. Santeiro was given 4 1/2 years in federal prison.
Convicted of Wire & Insurance Fraud

After being convicted of multiple counts of fraud Ejaz Shreef was sentenced to a term of imprisonment for 48 months on each count, concurrent, followed by two years of supervised release.

Click Here to Subscribe to the Excellence in Claims Handling Programs for Each of Your Claims Personnel for Only $5 A Month Or $50 A Year by Subscribing to Zalma on Insurance at Locals.

Scot Strems, the pain in the bank accounts of Florida insurers could see his two-year suspension completed in July 2022. But allegations by the state Bar could result in new sanctions or even a permanent disbarment.

A 25-page complaint, separate from previous allegations, charges that Miami attorney Strems and his law firm, in 2018 informed a client of a settlement with a property insurance company but then secretly settled with the insurer for twice as much and attempted to pocket a large, unauthorized fee.
In Addition, Another Strems Law Firm Attorney Suspended by Florida Supreme Court

Fallout from the infamous Strems Law Firm’s litigation practices in Florida continues. Two years after Coral Gables plaintiffs’ attorney Scot Strems was suspended from practice for filing thousands of unnecessary lawsuits against property insurers and violating other Bar rules, and two years after the Florida Bar filed a complaint against another attorney with the firm, the state Supreme Court has suspended the lawyer for 91 days.
Other Insurance Fraud Convictions

For example: Terica Ellis and Waiel Rebhi Yaghnam charged with the murder-for-hire plot that led to the death of Andre Montgomery in 2016 pleaded guilty July 22, 2022.

In 2020, the two were charged with conspiracy to commit wire and mail fraud. Yaghnam was charged with five counts of aggravated identify theft. Montgomery, the grandson of original Sweetie Pie’s owner Robbie Montgomery, was shot and killed near Fairground Park on March 14, 2016. James Timothy Norman, Montgomery’s uncle, has been charged with conspiracy to use a cellphone in the “commission” of a murder-for-hire that resulted in death. Charging documents revealed that Norman took out a $450,000 life insurance policy on his nephew in 2014 and Norman was the sole beneficiary.

Over the last 54 years Barry Zalma has dedicated his life to insurance, insurance claims and the need to defeat insurance fraud. He has created the following library of books and other materials to make it possible for insurers and their claims staff to become insurance claims professionals.

Subscribe to Zalma on Insurance at locals.com https://zalmaoninsurance.local.com/subscribe. Subscribe to Excellence in Claims Handling at https://barryzalma.substack.com/welcome. Write to Mr. Zalma at [email protected]; http://www.zalma.com; http://zalma.com/blog; I publish daily articles at https://zalma.substack.com, Go to the podcast Zalma On Insurance at https://anchor.fm/barry-zalma; Follow Mr. Zalma on Twitter at https://twitter.com/bzalma; Go to Barry Zalma videos at Rumble.com at https://rumble.com/c/c-262921