WE ARE THERE NOW 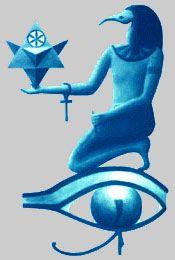 For darkness will be preferred to light; it will be thought better to die than to live; none will raise his eyes towards heaven; the reverent man will be thought mad, the irreverent, wise; the frenzied will be thought brave, the worst criminal a good man. The soul and all the beliefs attached to it, according to which the soul is immortal by nature or foresees that it can obtain immortality as I have taught you, this will be laughed at and thought nonsense.

And believe me, it will be considered a capital crime under the law to give oneself to the religion of the mind.

A new justice will be created and new laws. Nothing holy, nothing reverent, nothing worthy of heaven and of the gods who dwell there, will be any more spoken of nor will find credence in the soul.
The gods will separate themselves from men, a deplorable divorce.
Only the evil angels will remain who will mingle with men, and constrain them by violence, miserable creatures,to all the excesses of criminal audacity, engaging them in wars, in gangs and live by pillage and robbery, frauds, and in everything which is contrary to the nature of the soul.

Every divine voice will be silenced, and will be silent.
The fruits of the earth will moulder, the soil will be no longer fertile, the air itself will grow thick with a mournful, gloomy sleepiness.
Such will be the old age of the world, irreligion, disorder, confusion of all goods.

When all these things have come to pass, O Asclepius, then the Lord and Father, the god first in power and the demiurge of the One God, having considered these customs and voluntary crimes, endeavouring by his will, which is the divine will, to bar the way to vices and universal corruption and to correct errors, he will annihilate all malice, either by effacing it in a deluge or by consuming it by fire, or destroying it by pestilential maladies diffused in many places.

Then he will bring back the world to its first beauty, so that this world may again be worthy of reverence and admiration, and that God also, creator and restorer of so great a work, may be glorified by the men who shall live then in continual hymns of praise and blessings.

That's what the rebirth of the world will be; a renewal of all good things, a holy and most solemn restoration of Nature herself, imposed by force in the course of time . . . by the will of God.

Please log in to like, share and comment!
Sponsored
Categories
Read More
Other
What are the characteristics of functional fabric?
Hangzhou Xiaoshan Zhengda Textile Co., Ltd. is an enterprise specializing in the research,...
By Zdfabric Zdfabric 2020-12-01 06:10:47 0 64
Politics
Nike Blazer City Low Guava Ice is Coming on the Way
Nike Blazer City Low will launch a new women's "Guava Ice" color season this fall. This Nike...
By Lucy Blair 2020-11-11 02:02:27 0 66
Health
https://www.topbodyproducts.com/styphdxfirol-male-enhancement/
Styphdxfirol Male Enhancement Styphdxfirol In the 13th century Albertus Magnus recommended...
By Eric Hrones 2021-01-26 11:06:00 0 36
Other
Emergency HVAC Philadelphia Services You Can Expect From Our Trusted Captain Helpdesk!
The trusted captain has been a leading Emergency HVAC Philadelphia platform dedicated to offering...
By Trusted Captain 2021-03-09 12:35:12 0 23
Other
ISO Certification in Oman
Take a deep dive into ISO Standards and implementation in Oman. This article will provide you...
By Finecert Solutions 2021-04-26 07:38:41 0 4