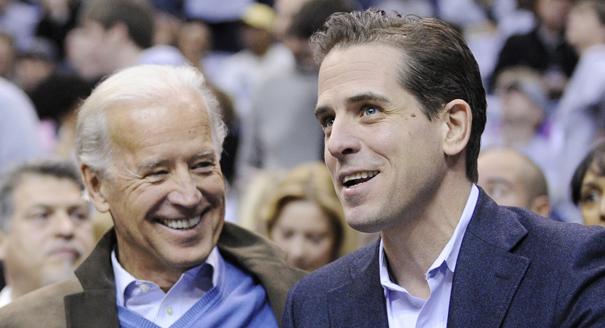 One of the most stark and sickening aspects of how the aristocrats go about their daily lives is the degree to which they openly flaunt all the twisted shit that they do. I’ll assume you’ve seen both the video of Biden bragging about getting the Ukrainian prosecutor fired and of Hunter saying in so many words that his name – and nothing but his name – got him his do-nothing position at Burisma. Flagrant corruption is nothing new; regardless of the era or place in the world, so long as there is power to be held, there will be power that is abused. This has been and always will be the case. But just as this taint exists as a force in the world, there will always be an equal and opposite force working against it.

Link to the report

For this report to even be put to paper ahead of the election is a very promising sign indeed. If nothing else, it shows that there is, in fact, despite the doomsaying of black-pilling cucks and shills the internet over, a dichotomy in the government and not just a singular, masked cabal. There is one of those, certainly, but it’s important to understand that opportunists will always secure their own interests over the interests of their little clubhouse. There is no honor among thieves, as the saying goes.

I shouldn’t have to explain why so many of these revelations never make headlines in mainstream news, but with confidence in corporate networks careening toward the end of their lives, I hardly think that matters at this point. The only real issue is that there are people in this world that don’t know about the evil that lives on the international stage – something that can only be accomplished through strenuous and willfully induced ignorance – do not care, and/or wrongly believe they might be welcomed into such circles if they do the bidding of the aristocracy. See Antifa and BLM for proof of that.

But will the Bidens and their friends face justice for their actions? While I find the prospect hard to imagine (at least in the traditional sense of a trail), I don’t think it would be impossible. There always comes as point in time when despots face the music. When there is a pruning of evil. And if current events are anything to go by, I think that time has come again. Epstein’s flight logs, Trump’s DOJ reports, this senate report, and hell, even the near constant stream of leaks posted anonymously online – they all point to something very big, I think.

But international criminals call for international trails, something that I would never consider the current international apparatuses to conduct properly – be they the UN, NATO, EU, the Trilateral Commission, or otherwise. Perhaps if funding to these bodies were to be pulled and a new, temporary body formed – not unlike the one currently being penned against China between India, Japan, and others – one that had not yet been seeded with deeply rooted plants from the global elites, justice may yet be served.

In any case, this report MUST be used at the presidential debates. I don’t really care if Trump ignores the cockwad moderator Chris Wallace entirely and just spends the entire time tearing into Biden over this one issue – though there is so much more in his arsenal. You thought the last four years were crazy? You haven’t seen anything yet. So loosen up, everyone. You’ll break something if you get tense.