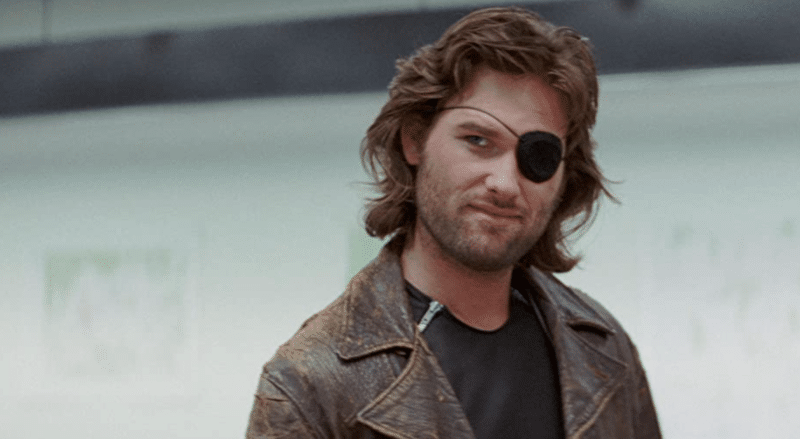 In the Land of the Blind the One-Eyed Man is a WHAT?

There is an old saying that in the land of the blind, the one-eyed man is King. There was also a guy a long place ago and in a time far away who reminded us daily that while we knew a little bit, soon we would know “the rest of the story”. In the case of the one-eyed man in the land of the blind, he may indeed be the proverbial king, but he could very well just be another madman.

In accordance with simple logic, it would seem reasonable that the man with partial sight would be capable of outperforming and improving upon virtually everything that was done by those who were completely without sight … but life is never quite so simple as that is it?

Imagine if you will, a world in which everyone is quite literally blind. In this world, these people would have to learn to maneuver and function without the benefit of sight. This is not however, to say that they would be forced to get along without any real sense of perception … indeed, their sense of perception would likely be highlighted and if anything, even more sensitive to their surroundings and circumstances that they could quite literally never see.

Then lo and behold, the day comes along when the one-eyed man is born unto this world. This one-eyed child begins its life listening to the stories and tales of the blind and just accepts them as the way things are in this world. Though as he grows, as his own perception and ability to reason increase, he becomes aware that not everything is quite as it appears to be … largely, figuratively and quite literally speaking in virtually every sense of the word.

Not only can the sighted man see the realities of the world around him, but he feels compelled to share the truth with the rest of the world that is in fact, too blind to see what is really going on. He can prove through demonstration that he is correct in many circumstances, and tries to convey other thoughts and meanings of the things that he can see now that his eye has been opened … so to speak.

How does one explain colors to someone who has no need for them?

How can someone who has never seen a sunset understand what it is all about?

Yet the sighted man, eager to share this new information and the realities of the world they live in, seeks only to share and enlighten those who have raised him up, but who hold such a distorted view of the real world surrounding them.

The partially sighted man knows and understands that it is through no fault of the blind that they cannot see what he can, but his efforts are sincere and his cause only to educate and enlighten … and he is ostracized, criticized and even mocked and ridiculed by those that he is seeking to enlighten.

In the land of the blind, there is no need for colors, no comprehension of beauty or art and no need for such frivolities. Despite the best of intentions, the sighted man is burdened with truths that mean nothing to those around him.

Despite the best of intentions, the partially sighted man is seeking to burden people with truths that are inconsequential to the reality in which they live. Despite the reality of everything that the partially sighted man has pointed out to the blind, it not only does not provide them with any benefits, but actually burdens them with concern for the health and well-being of the one who is merely attempting to introduce them to the truth. Despite the reality of what the sighted man sees, it does not fit in to any of the categories of understanding of the larger community that is wholly blind.

Truth be told, in the Land of the Blind, the sighted may very well be the one who is handicapped, and furthermore, an actual detriment to the rest of society … no matter their intentions or the veracity and accuracy of their observations.

What if the people are merely blind as an intentional result of the actions of their leaders? Would not everything be done to indicate that the partially sighted man was insane if not a heretic or a direct threat to society?

What if the blind were not even aware that they were blind at all? What if, in reality, these people are so blind to the truth around them that they would swear to their deity of choice that they were fully sighted and capable, despite being blinded by the dazzling array of truths constantly being revealed to them from those that can see the real truth?

Perhaps most troubling of all; while each and every person would swear that they were the only ones capable of seeing the truth, how would anyone ever know who was blind and who was sighted? Is it not pretty amazing how much conflict we can all rationalize in our own minds through cognitive dissonance or otherwise, despite the reality right in front of our faces?

Perhaps, far too much allowance has been given to the blind and far too little attention paid to the reality around us, but then again, life is so much easier when we, despite our individual blindness, can claim to be the only one who is really capable of seeing the truth!

As long as we can work our forty, go home and pop open our forty, and turn on the idiot box more commonly known as a television set, we all seem to be quite content running through life blinded … or at least, everyone else seems to be contented that way, despite the truth.