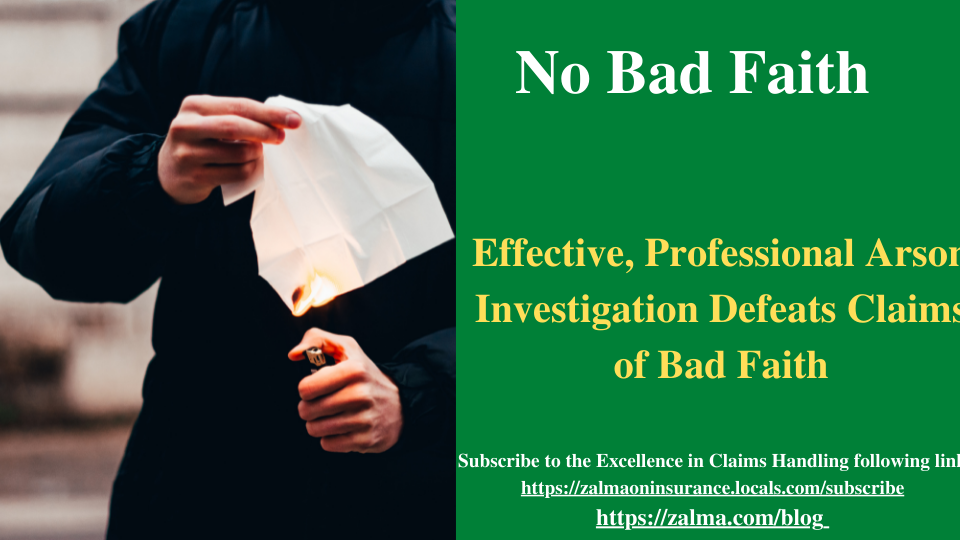 
This case arose out of an insurance dispute between the Lemons and State Farm regarding a claim the Lemons submitted after a fire destroyed their residence.
The Lemons had been married for roughly two years at the time of the fire and their relationship was at times turbulent.

After the fire, the home had a value of $76,900. The Lemons submitted a personal property inventory that totaled $173,137.57, although it is not clear that their home could accommodate the number of items claimed.

State Farm denied the Lemons’ claim, because: the fire was intentionally set.

State Farm met its burden. Because States Farm is entitled to summary judgment on the bad faith claims the only substantive claim remaining for trial is Count I, the Lemons’ claim for breach of contract.

The evidence available to State Farm established beyond doubt that the Lemon’s attempted to defraud State Farm by causing a fire at their house, made claims for personal property in excess of the potential for the property to be in the house at the time of the fire, that they had overinsured their property, and that they had a financial motive to set the fire. No reasonable jury would – when presented with such facts – believe that the fire was accidental and that the claim presented was fair and reasonable.