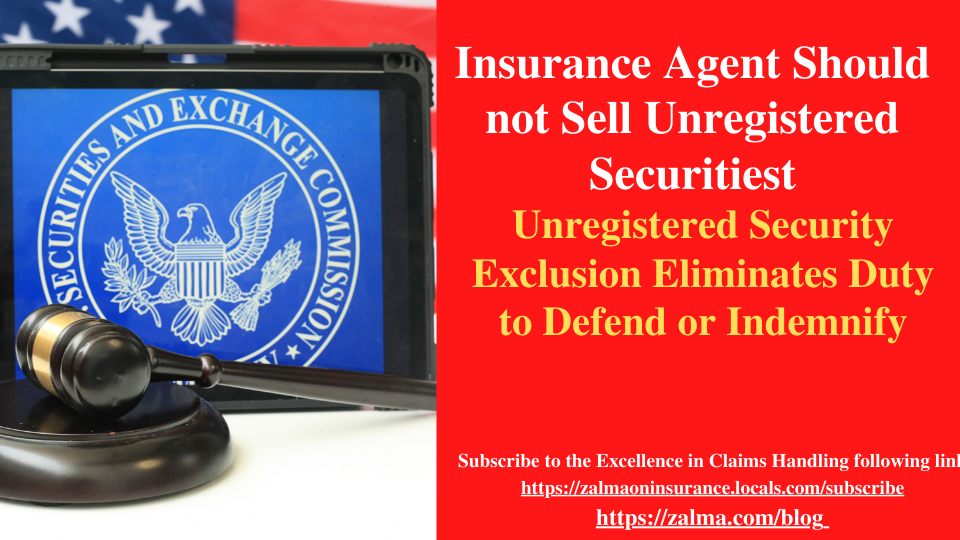 Read the full article at https://lnkd.in/g7AatvYk.

William Saoud sells insurance-related products. Beginning in 2017, he offered some of his clients a new financial instrument: a Memorandum of Indebtedness issued by 1 Global Capital, LLC. The investment opportunity was too good to be true.

Global Capital declared bankruptcy, and the SEC sued the company for alleged violations of the Securities and Exchange Act. Saoud's clients also sued him. Saoud sought indemnification from his insurer, Everest Indemnity Insurance Company, and ultimately sued seeking a declaratory judgment and breach of contract. The district court granted summary judgment in favor of Everest.

The Everest policy included an "Unregistered Security Exclusion." That provision excludes coverage for any claim "[b]ased upon, attributable to, or arising out of the use of or investment in any security that is not registered with the Securities and Exchange Commission."

The Saouds argued that waiver or estoppel should preclude Everest's reliance on the "Unregistered Securities Exclusion" because Everest failed to timely disclaim coverage.

In limited circumstances, Michigan courts prohibit insurers from raising defenses to coverage that they could have raised earlier. But this doctrine cannot broaden the coverage of a policy to protect the insured against risks that were not included in the policy or that were expressly excluded from the policy.