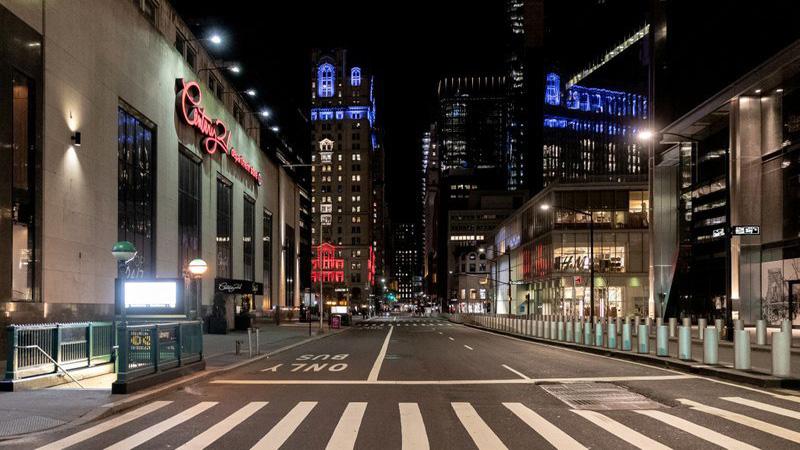 Is this the real life? Is this just fantasy? Dissent stirring up in the big blue parentheses?

But damn, never thought I’d be applauding a piece from the New York Post of all things. Even if it does feel a bit late, better late than never I guess. Seems the frog’s been boiled a little too quickly.

You’d think from the New York governor’s approval rating that his pre-cum cures coronavirus. It’s amazing what overzealous, positive news coverage can do for a politician, even when everyone’s out of the job but still can’t go out to burry their grandparents that Cuomo essential killed by making assisted living centers (aka old people dumps) take in pozzed patients, contagious or not. And we all know how robust and old person’s immune response to literally anything is.

Senior citizen slayings aside, it’s a bit funny how the cities are getting a taste of what’s been happening to the more rural parts of the country for the past few decades. Like I mentioned in the previous story, one good thing that is coming from this “crisis” is that it’s highlighting some major reservoirs of dysfunction in the government. Government that many people in urban areas are typically all for, until it decides to really shaft them too.

This entire fiasco, coupled with recent elections worldwide, has really shifted the political poles from conservative vs liberal to libertarian vs authoritarian. And while there has been, are, and always will be twinks that will drop that pants and spread-eagle if it means they can feel safe, that isn’t really the prevailing sentiment at the moment. Another thing to consider is that many people don’t think too hard about what they believe and just go along with what seems to be the consensus. Frightening to think about, but it’s true.

Whenever politics comes up with my friends – most of whom are more left wing than I ever could be – or with a horrible Tinder date, I’m always baffled by how contradictory some of their views seem to be. They’re typically in favor of welfare programs but feel like taxes are too high. They think it ought to be easier to become a citizen and that racism is a big problem, but you’ll never catch them in a neighborhood other than their own. A lot of wishful thinking more than anything else.

But yes, Mr. Marcus is absolutely right on this. Making people sit with their thumbs up their asses, not doing anything and getting fat and sick in their studio apartments makes them more susceptible to diseases, not more resistant. Kids not going to school is starving them in the shittier parts of the city, and no amount of inflated fiat currency in these stimulus packs is going to make every bill and usury payment go away.

If you ever needed more proof that government is run largely by dipshits, consider the fact that their power-grab and crocodile tears has managed to make more people reject them than embrace them. Their digging their own mass grave in central park with this one.