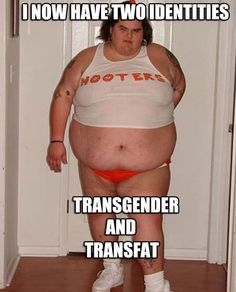 A thought occurred to me on the topic of gender neutrility, feminism and racial equality... It's just a thought, so don't get all triggered if you disagree. Just tell me why you think I am wrong and we can explore ideas. Here goes.

In the past, we had civilizations like the ancient Greeks and Romans, where being any sort of sexuality under the sun was not looked at any sort of way... People just did pretty much whatever they wanted in that department, and no one really cared either way.

Later, we saw religious powers seize authority and push for extremist puritan laws that demonized sex in general, but was particularly unfavorable to any sort of homosexuality. I guess it's not entirely clear why the religious powers that be at the time chose to view things this way, but I have heard some theories on the topic that go something like...

"The agenda of the religious institutions were to cement male superiority into society and assert dominance over women in the power structure. In order to do this, a clear distinction must be made between masculine and feminine with regard to gender roles in sexual activities... Therefore, anything that muddied the lines would be routed out."

This in stark contrast to how other societies have approached chauvinism and male superiority in culture... like Japan during the Edo period, when homosexuality between men was regarded as 'more honorable' than heterosexuality, because it asserted that men could engage in sexual activities without the need for women at all, robbing women of their importance  within gender roles of the sexual aspects of society...

In both cases, the motivation was the patriarchal assertion of male dominance and superiority, but with starkly contrasting approaches to that end.

Fast forward to modern day western civilization, where the same sort of power structure from old puritan Judeo-Christian roots still has it's foothold in the ruling institutions, but has largely lost ground in the effort to assert male dominance and superiority in the aftermath of the women's rights and civil liberties movements of the 20th century.

In those movements, both, the rights of racial minorities and women were asserted back to prominence, and while most people are happy for this, there still exists the pockets of the upper ruling class who seek to maintain the status quo from previous eras.

Before, they accomplished this by demonizing and belittling women, racial minorities and homosexuals... but that approach has since been largely targeted and disabled by people's protest and overall attitudes on the matter.

Perhaps, what we are seeing happen now is the same pockets of ruling class elites attempt to restore their desired state of white male supremacy, but this time, they have borrowed a page from the playbook of Edo period Japanese culture, along with some communist ideas that in essence would accomplish restoration of the same power structure from before, only by use of reverse psychology and ideological subversion instead of straight forward brute force?

I mean... we see the 'anti racism' movement being championed largely by wealthy white people... to the point that even black people are like 'hey, these people are nutts!.'

We see extremist versions of feminism weakening natural gender roles of the male-female relationships of society to the detriment of both men and women in the form of decreased rates of reproduction, record low numbers of marriages, and record high rates of divorce.

We see women's right's being eroded in favor of granting female gender roles to biologically male individuals who wish to identify as women. This is hauntingly similar to Edo period Japan, when women were barred from taking on roles in Kabuki theater, so female characters were portrayed by effeminate male actors in women's attire...

like in the case of transgendered male--> female atheletes compete against biological females in sports and quite often win, while not seeing the same competitiveness of transgendered female--> male athletes take home the gold in male sports.

We are seeing movements for 'racial equality' actually create more racial division by setting forth the notion that races should segregate and treat each other differently based on race instead of individual character or merit... to the benefit of no one except those who position themselves to recieve opportunities or rewards that others are perhaps more qualified to receive, but fall outside of the favored racial demographic in that instance.
Do you suppose that maybe the very same group of 'patriarchal straight white men' who everyone is so pissed off about are the very people behind all of these socially engineered movements, and their end game is to reinstate the old status quos of 'white male superiority?'

Are they baiting us all into their ruse and laughing all the way to the bank as the people who they seek to oppress do their leg work and heavy lifting towards their own oppression for them?
Am I crazy, or does this seem entirely possible based on what we are seeing play out before us in western society?
Just a thought....