Some Grounds for the Tort of Bad Faith 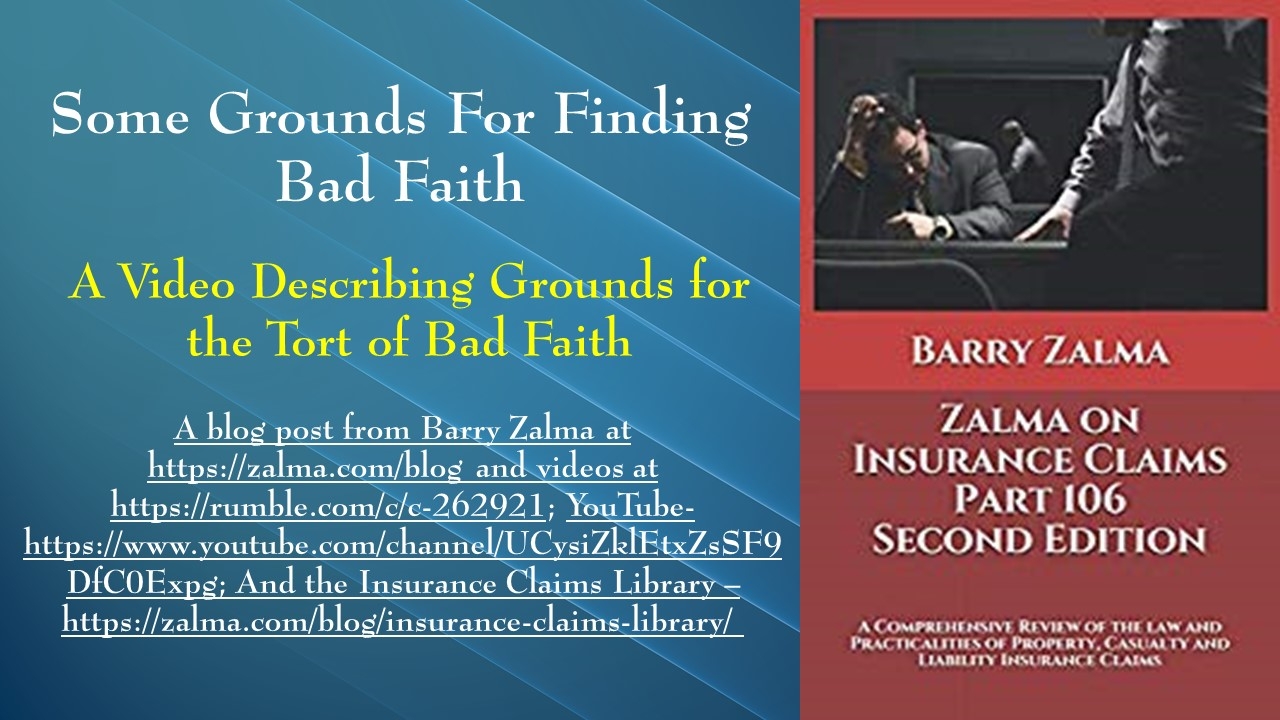 A Video Describing Grounds for the Tort of Bad Faith

When an insured asks a question of his or her insurer an answer is expected. An insurer should respond to all inquiries promptly, and in no event later than 15 days. If an insured submits a proof of loss to which the insurer has agreed and asks “when can I expect to be paid?” the insurer should respond with specificity, immediately. Most policies and state regulations require payment within 30 calendar days of agreement to the proof of loss. If the question is ignored and payment is not made, after the insurer agreed to the proof of loss, the insurer is breaching the contract and if without good cause, the covenant of good faith and fair dealing. Often, bad faith is merely the difference between courtesy and lack of courtesy.

An insurance company will not be allowed to deny coverage where all the relevant facts were known to the insurer at the outset, but it unreasonably delayed in asserting a basis for disclaimer. An unexplained delay of two months can be found to be unreasonable in disclaiming coverage. When the insurer waited an even longer amount of time, with an unexplained delay of approximately one year, before mentioning two new reasons for disclaimer the court found the insurer’s actions to be unreasonable as a matter of law. [Allstate Ins. Co. v. Gross, 27 NY2d 263, 269-270) and Mendoza v. American Country Ins. Co., 19 A.D.3d 300, 797 N.Y.S.2d 492, 2005 NY Slip Op 5432 (N.Y. App. Div., 2005).]
Insurer’s Delayed Requests for Information

The insurance adjuster knows better than an insured what is needed to prove a claim. If, for example, the adjuster fails to ask for a proof of loss, documentation to support a claim, or the sworn testimony of the insured at examination under oath, until months after the loss the delay in the request can upset the insured and lead to charges of breach of contract and bad faith.
Lack of Settlement Authority
Delays in Settlement