A Shout Out for the Democrat Socialists of America 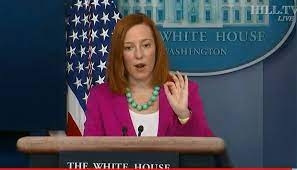 The latest and greatest flavor of Socialism designed to lead us down the same old road to a dictatorial dystopian democrat dream decorated with freshly updated memes and slogans is commonly referred to as “Democratic Socialism”.

Just like the Russian citizenry in 1917 and the Chinese after World War Two and the Cambodians during the Vietnam conflict, we are again being assured that “it is different this time” and absolutely none of those other efforts were “real socialism”

So what exactly is “real” socialism and how is it any different than the morass that has cost us over one hundred million human lives in the single deadliest century in recorded history?

How can politicians prove to the plebes that this time it really will be different? (Or do they just seek to have unfettered power and control over the citizenry?)

Do you think these politicians are willing to put their monies where their mouths are, or even where they want to put your money and mine?

Maybe someone has actually designed the perfect “something” in their head, but has never put it down into actionable form?

Do these people all know better than Charles Fournier or the other pre-Marx Marxists? Do they have no clue about the communist invasion of Texas in the pre-Marx era? Do they have no indication of the racist rants and ideologies of Marx himself?

Do they have no clue about the failed American colonies implemented by people with a Utopian delusion of equality of outcome and the resultant dependence on the native tribes as they transitioned into a more capitalist type system?

Or perhaps they are merely ignoring every indication from human history indicating that such a setting does naught for the people and only serves those whom are in a position of power? Perhaps they all believe that they will be in the driver seat?

Maybe it is easier for them to ignore the historical likelihood that they will be among the first sent to the camps and lined up against the walls once their dystopian dictatorial democrat dreamworld is firmly established in a place of power?

Then again, the institutions of higher indoctrination have most likely never introduced these people to pre-Marxist communal socialist theory where Marxism got its roots. Most probably remain blissfully unaware of the real history of the first American colonies and the reasons for their abject failures? Most seem to remain blissfully unaware of many relevant historical factors.

Most Americans besides the likes of Charles Nimitz and other descendants of the Communists who built portions of Texas in the 1840s and 1850s probably do not know about that either. Again, the public institutions of indoctrination and even (especially) the institutions of higher indoctrination have failed far more than just their students.

A look into the history of locations such as New Braunfels and Luckenback in Texas should be required reading but alas, it is not.

Gee, I wonder why.

Unlike the later variants of the Marxist and Leninist (and even Stalinist and Maoist) variations of Communal Socialism, or what we now know as Communism, these immigrants were largely peaceful as were the original British settlements in the American colonies.

They came to the independent but united States of America because at the time at least, during both the original European settlement and before the banking and other conflicts of the 1840s resulted in centralized governmance, before the bureaucratic behemoth of a federal system we have today, they were free, at the township level, to build whatever type of society they wanted to build.

They praised and loved this country because it granted them the freedom to pursue their communal socialist goals under their own terms insofar as they remained within the constitution of the Republic of Texas at the State level and passed no laws contrary to either the State or Federal constitutions.

These people were actually among the few who made and kept treaties with many of the local Native American tribes. They did not hate this country for its freedoms as the post-Marx communists seem to, or as the Democratic Socialists of America so proudly proclaim to these days.

Unfortunately, despite their best efforts, with the exception of New Braunfels and Luckenbach, virtually all of the German Communal Socialist settlements failed. Very little ever came from any of the French Communal Socialists and most of their communities died off within the first year or so. The reason why was painfully obvious.

Unfortunately, the hearty travelers consisted primarily of academics and artists who, while fully functional in the hallowed halls of Academia, were harshly unprepared for the more inhospitable and unwelcoming climate of the real world where real-world results had to be achieved in order to gain even a modicum of success.

In theory, there is no difference between theory and practice.

In practice, the harsh realities of the real world will quickly erode the illusory theories of a Utopian paradise in the current system.

While Marxism and other variants from such dear leaders as Stalin, Lenin, Mao, Pol Pot, Uncle Ho and others have killed more than a hundred million people and left the bodies in their wake for all the world to see, let’s not be so quick to put such a distant dictatorial democrat dream to rest completely.

After all, we all know how kind, understanding and benevolent the government is! Right?

And we know that the government would never kill its own citizens right?

Yet despite this, democide in the 20th century is estimated to have been responsible for more than two hundred million deaths, not counting the untold ravages of the many global and regional wars occurring in that century. The likes of Pol Pot, The Young Turks, Mao, Hitler, Stalin, and others who were merely “supporting the people” were always doing it for the common good.

But hey, only America and Britain are truly evil right? I mean, these other dictatorial mass murderers were doing it all for the benefit of humanity, not for power and control.

Surely that is why all these cops that kill unarmed people have been prosecuted to the full extent of the law right? All of the families of those, white and black, in a sense of equal outcome for everyone of course, as is the democrat way, not being prejudiced of or partial to any of its protected victim groups … well, I mean other than white people but … hey, those awful white people are mean and deserve it anyhow right?

Sure, look it up on youtube and you will see a great many leftist statists proclaiming that the education camps would be great for white people, and of course anyone who was a conservative, and anyone else who did not identify and march in Goose Step time with the leftist statists, but hey, it is going to be different this time … because they are protecting entire groups of people … by killing off entire groups of people.

But the good guys will be running the socialist dictatorial0 dystopian dreamworld this time, so it will be all good. They will get it right this time, the government has said so.

What would I request before being marched off to the reeducation camps by these kind and loving souls?

I would merely ask them to put their money (and their lives) quite literally into the same realm that they would have all of us live in. When that happens, I am more than happy not only to convert to democratic socialism, but to cast my vote for Bernie or even AOC.

But what is it I expect?

I expect them all to empty out their bank accounts and sell all of that evil private property they own.

All of their personal wealth should be redistributed, but not just by anybody.

These funds need to be redistributed through an inefficient government bureaucracy that will keep the largest portion of these funds for themselves.

Further, I expect them to be held accountable to the same laws as everyone else, save the one constitutional exception where they cannot be jailed going to or coming from the hallowed halls of the house.

After this is all done, as I expect they would fully agree to do in accordance with their stated beliefs, I expect each and every politician and other government employee to move into section eight housing.

From there, any income to them, their friends and/or their families should be closely scrutinized by our benevolent dear leaders in the government. Each and every politician and government employee should then be allowed to live on the same welfare system and EBT cards that the poor people of the nation must use. Their children must all attend public schools and they must all use public transportation.

When that day comes, I will gladly throw my hat in the ring with true believers of democratic socialism.

Until then, like their leaders in name only, luxuriating at taxpayer expense, I just ain’t buying it.

The big difference is, unlike them, neither am I taking it from anyone else either.

What are they in reality? Democratic Socialists or just a bunch of Harper Valley hypocrites? So far all I have seen is a hailstorm of hypocrisy.