A Video Explaining the Loss in Progress Rule 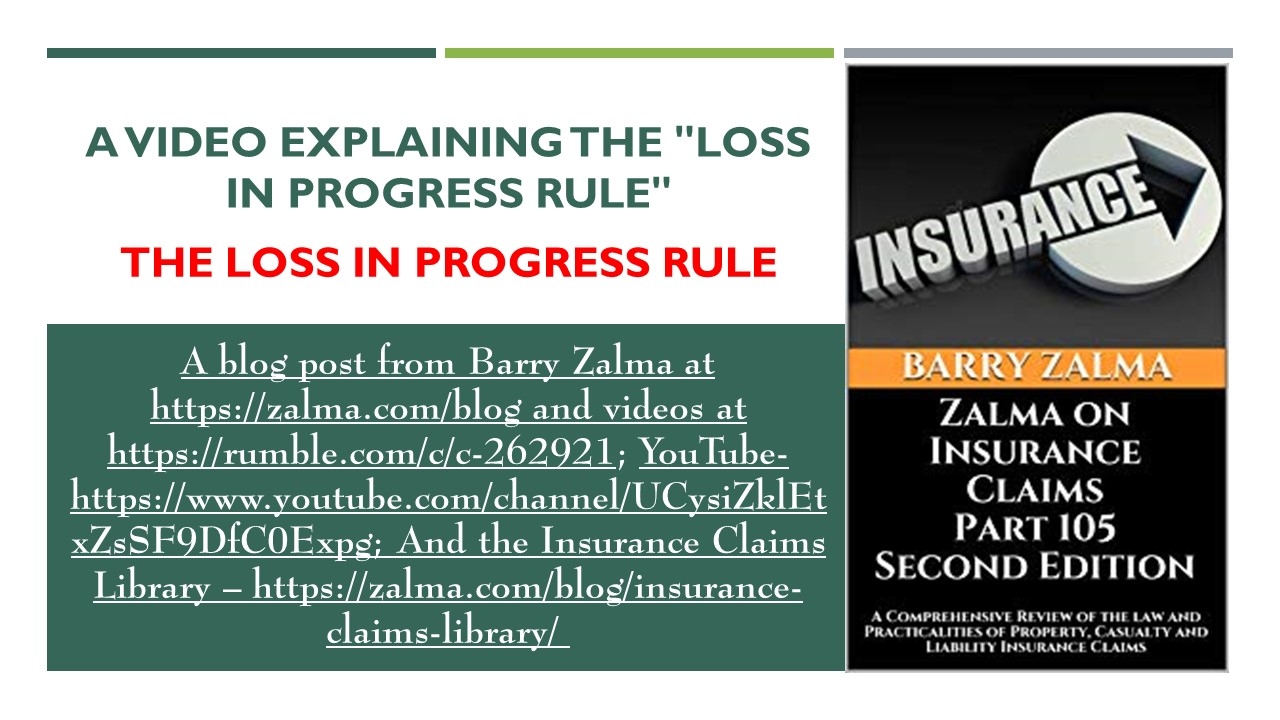 The Loss in Progress Rule

The “Loss in Progress Rule” has been described as follows:

At least one court has seen the loss in progress rule as an attempt to “swallow up” the “expected or intended” exclusion. [ City of Johnstown v. Bankers Standard Insurance Company, 877 F. 2d 1146 (2d Circuit, 1989).] The defense is independent of the exclusion for losses that are “expected or intended” by the insured. A majority of states, unlike California, have overruled the old marine rule under which a false representation of fact that the insured warranted to be true automatically voided coverage, regardless of the materiality of the misrepresentation. [Peril and Fortuity, supra, p. 795; Kenneth S. Abraham, A Theory of Insurance Policy Interpretation, 95 Mich. L. Rev, 531, 532 (1996).]

In Chemstar, Inc., v. Liberty 1993 WL 13626320 the court concluded that “since an insurer may only insure against contingent or unknown risks of loss, a policy issued after the ‘loss in progress’ has begun does not cover such loss.”

As one court observed, in first party cases applying the rule finding coverage only on actual occurrence of injury, no damage or injury of any kind has taken place until manifestation; the cause instead lies dormant until it later causes appreciable injury. Ins. Co. of North America v. Forty-Eight Insulations, 633 F. 2d 1212, 1222, fn. 18.

equally for insurers and policyholders. He also serves as an arbitrator or mediator for insurance related disputes. He practiced law in California for more than 44 years as an insurance coverage and claims handling lawyer and more than 52 years in the insurance business. He is available at http://www.zalma.com and [email protected].

Over the last 53 years Barry Zalma has dedicated his life to insurance, insurance claims and the need to defeat insurance fraud. He has created the following library of books and other materials to make it possible for insurers and their claims staff to become insurance claims professionals.