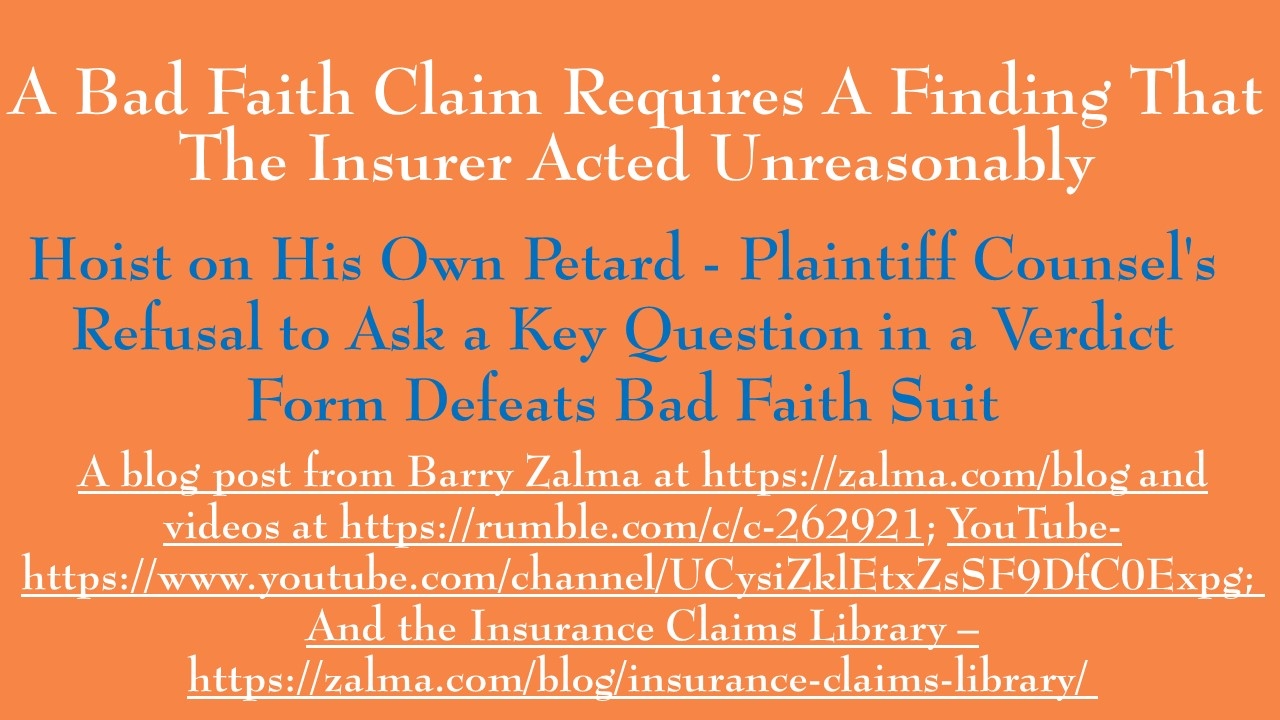 Read the full article at https://www.linkedin.com/pulse/bad-faith-claim-requires-finding-insurer-acted-barry-zalma-esq-cfe and at https://zalma.com/blog plus more than 3650 posts.

In Alexander Pinto v. Farmers Insurance Exchange, B295742, Court Of Appeal Of The State Of California Second Appellate District Division One (March 8, 2021) the victim of a single-car traffic accident offered to settle his claim against the vehicle’s owner in exchange for payment of the owner’s insurance policy limits. Th

The California Court of Appeal has issued an important and intelligent decision with regard to a failure to settle bad faith suit: the plaintiff must prove that the insurer acted unreasonably when it failed to settle. Since the jury made no such decision the bad faith verdict was reversed and judgment entered for the insurer. The attempt to set up a bad faith suit in a situation where plaintiffs were seriously injured (a quadriplegic) and liability was clear failed because Farmers tried to pay and the lawyer refused to allow an appropriate jury form. The Plaintiff is not without a remedy.