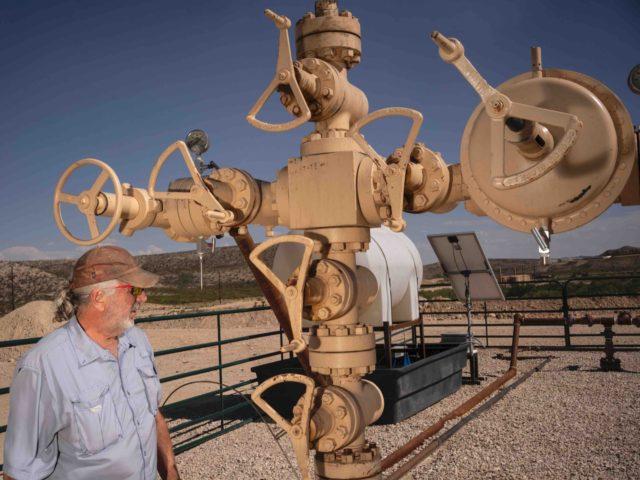 The State of New Mexico voted for Joe Biden in November, sending its five electoral votes to the Democratic candidate. Yet today the state is alarmed by newly-inaugurated President Biden’s 60-day suspension of oil and gas leasing.

As Breitbart News reported, Biden’s call during the campaign to “transition [away] from the oil industry” caused alarm in New Mexico, leading then-Rep. Xochitl Torres Small (D-NM) to distance herself from Biden’s position. She would go on to lose to Republican Yvette Herrell in the race to represent the state’s second congressional district. As Breitbart News noted at the time, New Mexico is “among the top ten energy-producing states in the U.S. It has 7% of U.S. oil reserves and is the third-largest oil-producing state, enjoying rapid growth in recent years.” Yet the state voted for Biden, regardless.

Today, many are expressing regret, as the Associated Press reported Jan. 22:

President Joe Biden’s 60-day moratorium on new oil and natural gas leases and drilling permits is prompting widespread concerns in New Mexico, where spending on education and other public programs hinges on the industry’s success.

Top Republicans in the state as well as local leaders in communities that border the Permian Basin — one of the most productive regions in the U.S. — say any moves to make permanent the suspension would be economically devastating for the state. Half of New Mexico’s production happens on federal land and amounts to hundreds of millions of dollars in royalties each year.

Congressional members from other western states also are raising concerns, saying the ripple effects of the moratorium will hurt small businesses already struggling because of the pandemic.

Industry groups said the order effectively brings all regulatory activity to a halt, from routine requests that arise during the normal course of business to requests for rights of way for new pipelines designed to gather more natural gas as part of efforts to reduce venting and flaring — practices that Democrats have targeted in their fight against climate change.

The Biden Administration did not explain how suppressing a key part of the nation’s energy will help an economy still struggling to recover from the effects of the coronavirus pandemic. Biden also issued other directives that will hurt the energy sector, including his decision to revoke the permit for the Keystone XL pipeline. The United Association of Union Plumbers and Pipefitters complained — but it endorsed Biden in August, after he had promised to kill the pipeline in May.