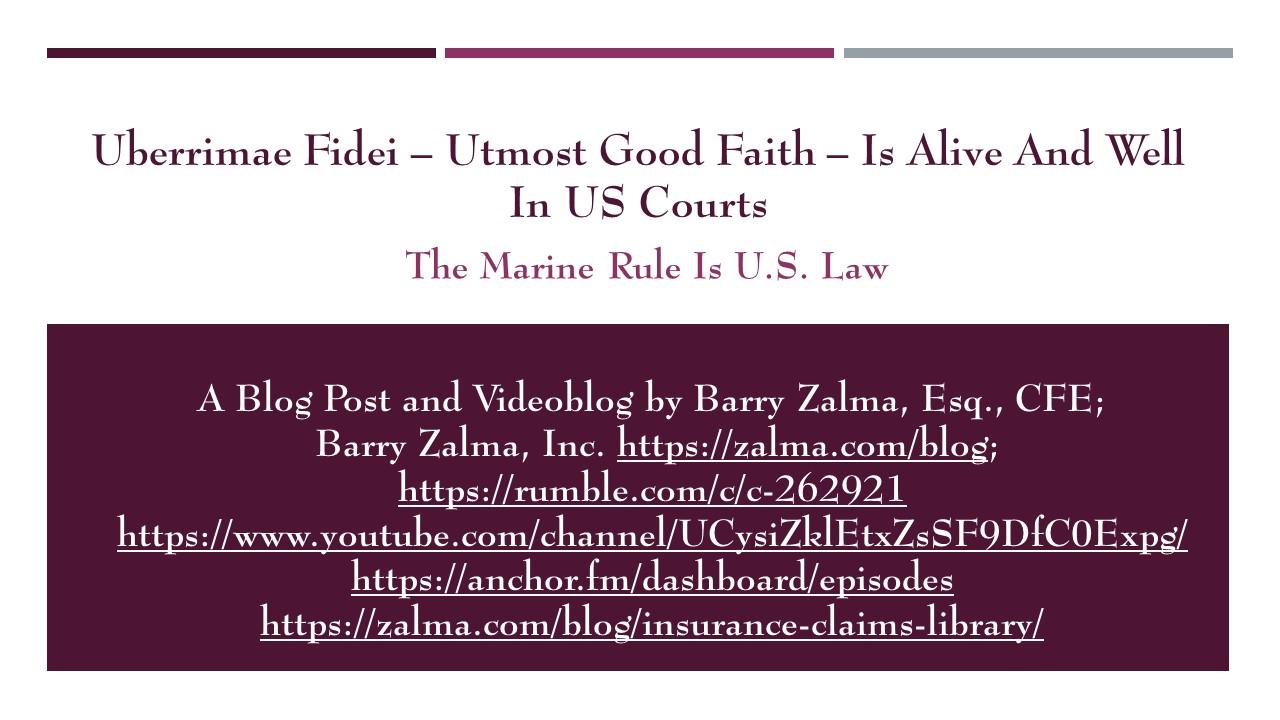 Read the full article at https://www.linkedin.com/pulse/uberrimae-fidei-utmost-good-faith-alive-well-us-zalma-esq-cfe and at https://zalma.com/blog plus more than 3550 posts.

Carlos Morales-Vázquez (Morales) purchased a policy of marine insurance without disclosing, among other things, a prior grounding. His insurer, QBE Seguros, when it learned the true facts sued to confirm rescission because of the concealment of material facts. In QBE Seguros v. Carlos A. Morales-Vázquez, No. 19-1503, United States Court of Appeals For the First Circuit (January 19, 2021) the First Circuit was asked to resolve the applicability of the doctrine of uberrimae fidei — an entrenched principle of maritime law that imposes a duty of utmost good faith on the parties to marine insurance contracts.

When Morales failed to advise QBE of his loss history – a fact obviously material because, at the least, the application asked the question which he failed to answer, and as a result QBE properly rescinded the policy after learning the truth. Clearly Mr. Morales is kicking himself for not accepting the offers of settlement because an EUO after refusing settlement caused the policy rescission.