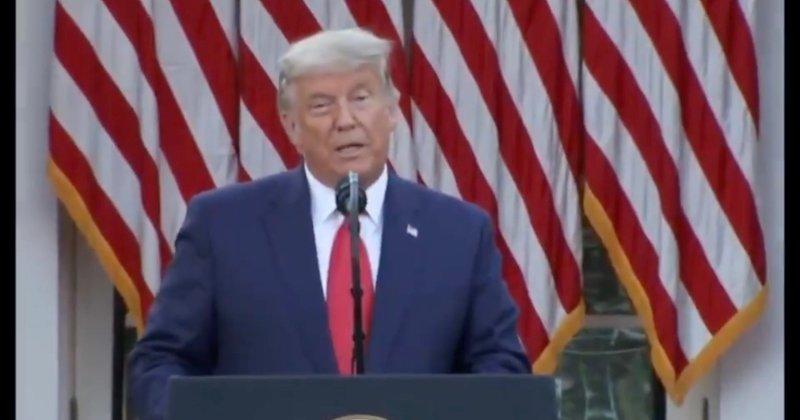 President Donald Trump on Friday celebrated Pfizer’s development of a coronavirus vaccine, promising to deliver it quickly to high-risk individuals in the country.

Operation Warp Speed operator Moncef Slaoui said there will be enough Coronavirus vaccine doses ready for use to vaccinate 20 million by December, with 25-30 million more doses available per month. Trump predicted that the vaccine would be widely available by April.

Trump pointed to the success of his administration’s Operation Warp Speed to fuel the successful development and distribution of a vaccine.

“Operation Warp Speed is unequaled and unrivaled anywhere in the world,” he said.

The president also criticized Pfizer representatives for trying to distance their company from his administration’s program.

“Pfizer said it wasn’t part of Warp Speed but that turned out to be an unfortunate misrepresentation … that’s why we gave them $1.5 billion,” Trump said, referring to the contract announced in July with the company.

The president said the elderly and high-risk Americans would receive the vaccine first.

“By vaccinating the elderly and the high risk we will effectively end this phase of the pandemic and al... (Read more)