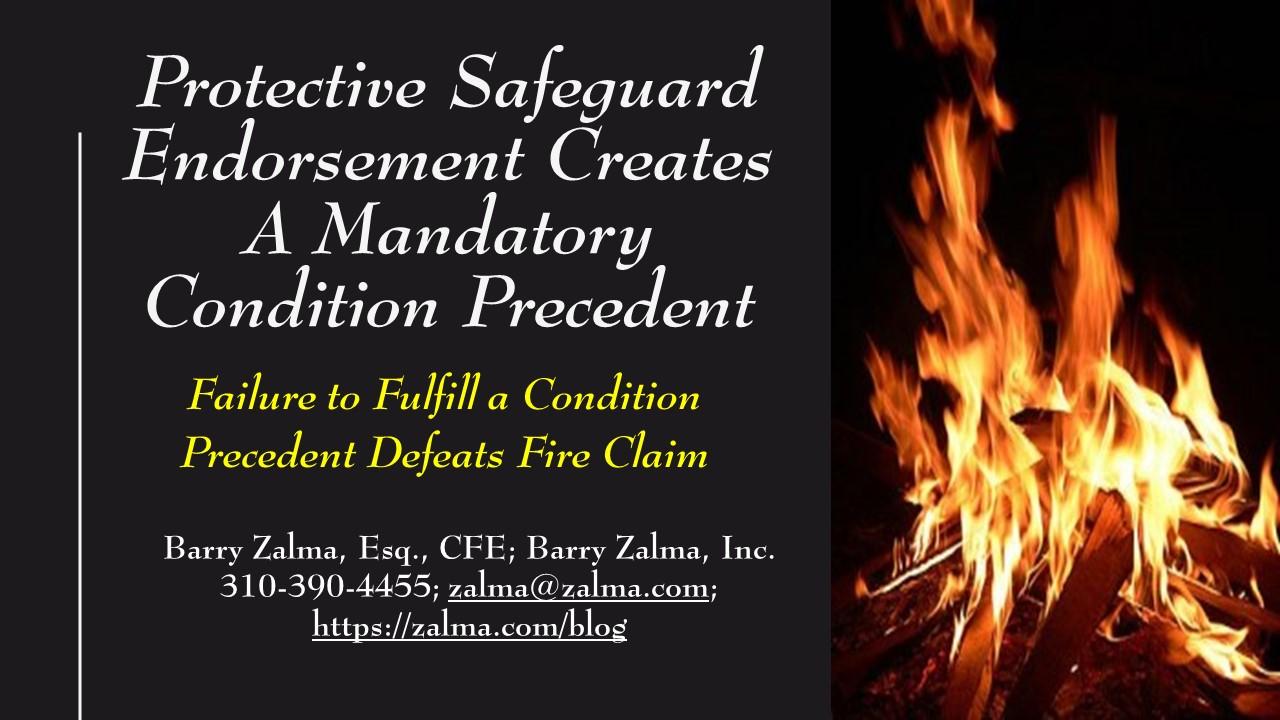 The plaintiffs were the victim of a fire. They admitted that at the time of the fire there was no automatic fire alarm protecting the premises. They sought indemnity for the damages caused by the fire.

Plaintiffs’ argued that “[a]t a minimum, under Michigan law, the issue of whether [they] substantially complied with the [insurance] policy’s condition of maintaining an ‘automatic fire alarm’ is a material fact question.” (emphasis added by the court). They contended that it must be presented to a jury since it was an issued that needed a factual determination. Plaintiffs claimed that conditions precedent, like the requirement of an automatic fire alarm in their policy’s Protective Safeguard Endorsement (“PSE”), need only be satisfied by substantial performance.

The Court found, and Plaintiffs concede, that the PSE is a condition precedent to coverage under the policy. Indeed, it is an express condition. Failure to abide by its terms will preclude coverage, as contemplated by subpart B of the PSE.

As a result  Plaintiffs’ argument fails. The doctrine of substantial performance is inapplicable to an express condition precedent.

Conditions precedent are important aspects of every insurance policy. A condition precedent is a promise made by the insured to the insurer to maintain a PSE – to give the insurer confidence that the insured will protect its property from the risk of loss by fire. Failure to fulfill the promise is a breach of a material condition and, as such, the failure defeats the claims made.