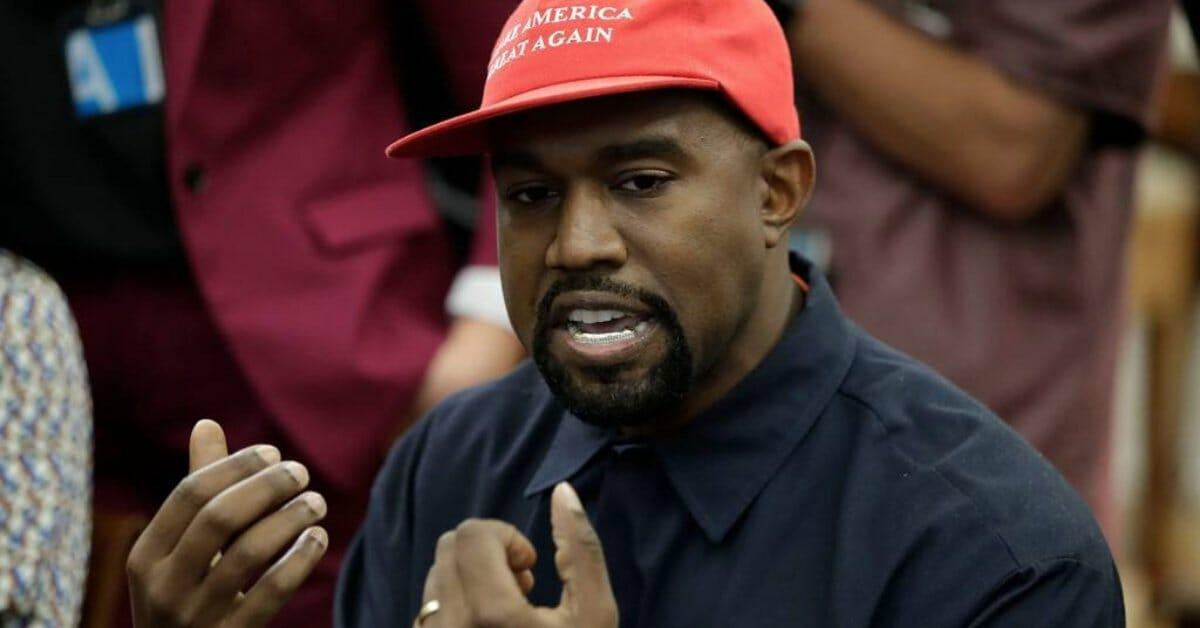 Yeah, I don’t buy that Kanye had a falling out with Trump any more than I buy his music.

He’s done this before, and I’ve never been any kind of fan of the man, but I’ll give Kanye his dues; he’s smarter than your average bear. He knows exactly what he’s doing. And, to be frank, he’s filling a role that really nobody else could realistically fill at the moment. At least, none that I can name off hand.

Kanye West has gone off and fired a soundly one-sided salvo against the left in particular, and one that is not undeserved. Yes, it is expected of black people to vote for welfare programs and tax increases (it’s done such wonders so far). Yes, social media is policed for wrong-think in a very china-esque way at the behest of those with authoritarian leanings – many of whom are on the left in this paradigm. Not to mention the fact that he even exists and is saying these things in the same way that someone like Candice Owens or the newly team-swapped Leo Tarrell is going to be the last nail to hit the coffin into the hammer for anything resembling a grasp on reality some of the more turbo-charged reddit-tards have left in this world. A black guy, not on the left, who (supposedly) doesn’t like Trump, but is calling them out more than Trump? Christ, I don’t know if their poor little smooth brains can handle such an enigmatic dilemma.

It’s clear as day to me that the husk formally known as Vice President Biden and is core of confused and desperate support has much more to lose than Trump does from this. I’d say if Trump stands to lose anything from Kanye’s run it’s a portion of his evangelical support, give how Jesusy and preachy Kanye’s been getting with his apparent mission in life. But Trump’s floor is high, Biden’s is less so. Not to mention that there hasn’t even been a debate yet, so any poll is suspect and this point.

And it seems to be clear as day to many political strategists as well; likely the same tone-deaf strategists that helped Trump cunt-punch Clinton those glorious four years ago. A pop-star running for the presidency of the United States exclaimed that black people get dogpiled for not supporting democrats…and so the democrats respond by dogpiling him for not supporting their agenda…if the world we were living were someone’s fictional universe I’d be like “Come on, dude. At least give it some grounding in reality to make it more relatable.”

So what will become of the West-Tidball ticket? Does he stand a chance of winning? Not against Trump, no. Again, I do suspect this is some coordinated effort between him and Kanye to troll Biden and make big gains. But if I’m being honest, and while it SHOULD surprise me, I’d say his chances in 2024 are, in fact, not zero. There are a lot of people in politics and throughout political history that were never considered viable or otherwise able to win their various seats. Look at Cortez: That spaz won a second term. It was against another democrat, but still. I guess what I’m trying to say is this: The first step on the path to wisdom is to admit that you know nothing.

So I won’t dismiss or underestimate Kanye. When he talks, people listen. And that’s the first telltale sign of a leader. I suspect, beneath the jokes and the jabs, there are a lot of people begging on bended knee for him to go public and say it was all a joke. But I don’t think he’s joking. He may never be president, but if he’s jilted enough at the democrats, he could bring untold ruin to the left’s electorate with a few televised history lessons. Would that not be absolutely hilarious?

1
Please log in to like, share and comment!
Search
Sponsored
Categories
Read More
Other
Inception of Loss & Private Limitation of Action Provision
A Video Explaining the Application of the Private Limitation of Action Provision Read the full...
By Barry Zalma 2021-08-17 13:21:29 0 269
Literature
Two Step Dancing In Deer Country
When I was a small child in days of old, I listened to people talk with an almost...
By Marcus Tipton 2021-05-06 20:43:42 0 402
Politics
RED ALERT: Democrats want to drop people from Medicare and Medicaid unless they agree to be injected with the experimental, deadly vaccine
Roughly half the country is just saying no to Wuhan coronavirus (Covid-19)...
By Wym Creator 2021-09-14 13:09:10 1 864
Other
Is Jesus Mr. Lovey-Dovey-turn the other cheek-Goodie-Two-Shoes
Does merely believing Jesus is the son of God mean you'll go to Heaven? Of course...
By Ronnie James 2021-04-17 12:53:56 0 441
Politics
Pussy Joe Biden is scared of "his own" military killing him because he knows he never won
The FBI is vetting every National Guard member stationed in the nation’s capital for...
By Wym Creator 2021-01-18 22:13:57 0 3313