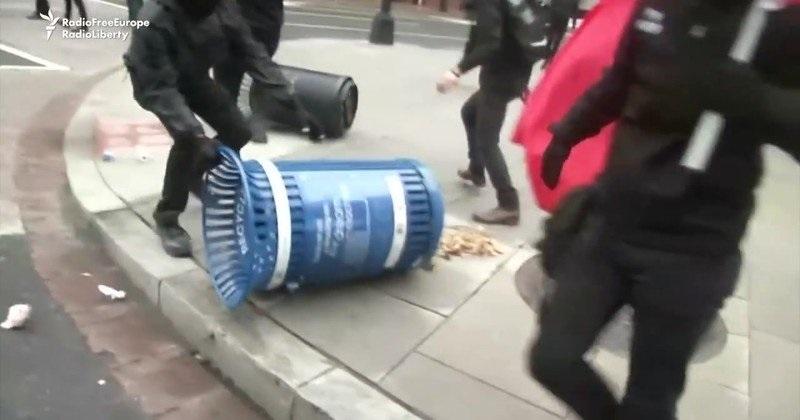 Experts for the United Nations have expressed great concern over the labeling of antifa members as "domestic terrorists."

“International human rights law protects the right to freedom of expression, association and peaceful assembly,” said Fionnuala Ni Aolain, the U. N. special rapporteur on the promotion and protection of human rights and fundamental freedoms while countering terrorism said Friday. "It is regrettable that the United States has chosen to respond to the protests in a manner that undermines these fundamental rights."

The denouncement came in response to a statement made by Attorney General William Barr late last month while riots were breaking out across the country.

"It is time to stop watching the violence and to confront and stop it. The continued violence and destruction of property endangers the lives and livelihoods of others and interferes with the rights of peaceful protesters, as well as all other citizens," he stated.

Barr concluded, "The violence instigated and carried out by antifa and other similar groups in conn... (Read more)

2
Please log in to like, share and comment!
Sponsored
Categories
Read More
Health
What are Royal Blend CBD Gummies in the United States?
Royal Blend CBD Gummies Yet, the viability of this new CBD sticky called Royal Blend CBD Gummies...
By Royalblend Cbdgummies 2021-08-21 10:02:44 0 24
Gardening
Reborn doll with little girl
In Abby's opinion, everyone has a little girl complex, and there is an imaginary self...
By Xuchanghong Xuu 2021-08-06 06:25:32 0 18
Health
Keto Burn Advantage Pills, Shark Tank, Reviews, Benefits, Ingredients, Side Effects, Website
Where and how to buy Keto Burn Advantage? Are you eager to purchase Keto Burn Advantage? If yes,...
By Lydia Pooles 2021-08-05 08:03:21 0 29
Games
Have you seen that Runescape is consistently radiant?
It may be someone's friend who has told him to offer you things you'll need, or it may be a...
By Bertramuzi Bertramuzi 2021-08-30 01:34:08 0 19
Other
Don't Rely on Force Placed Insurance from your Bank
Forced Placed Insurance Only Protects the Lender Read the full article at...
By Barry Zalma 2020-12-29 13:23:43 0 94