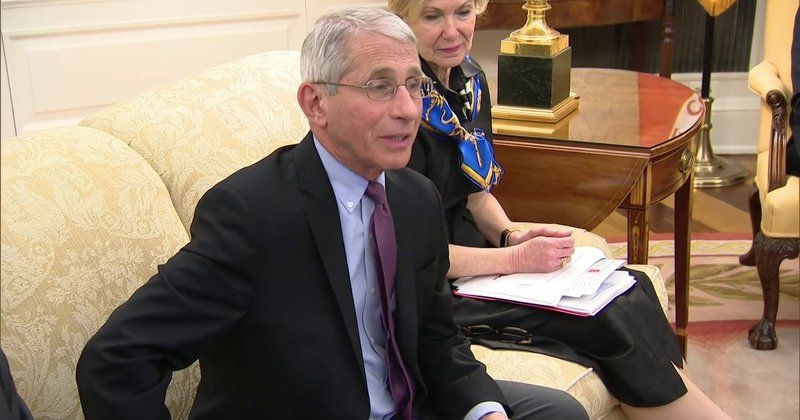 Fauci, the director of the National Institute of Allergy and Infectious Diseases, insists that the NIH grants did not fund gain-of-function research at the Wuhan lab and has repeatedly defended U. S. funding going to bat coronavirus research in China. But he also admitted that he doesn’t actually know what the secretive Chinese lab has been doing.

After another back-and-forth with Fauci on Tuesday, during which the doctor repeatedly said the NIH funding approved for the Wuhan lab was not for gain-of-function research, Paul announced on Fox News that he would be sending a letter to the Justice Department over what he saw as false testimony by Fauci.

The Washington Examiner obtained the criminal referral Paul sent to Garland on Wednesday.

“I write to urge the United States Department of Justice to open an investigation into testimony made to the United States Senate Committee on Health, Education, Labor, and Pensions by Dr. Anthony Fauci, Director of the National Institute of Allergy and Infectious Diseases, on May 11, 2021,” Paul wrote to Garland.

3
Processing
Voice note recorded successfully
Record
Recording 00:00
Commenting has been turned off for this post.
Sponsored
Categories
Read More
Politically Incorrect
Through the mists
I was walking along a crowded footpath, engaged in the contemplation of the lights and shadows...
By Medic Ineman9 2020-08-14 12:21:59 0 274
Other
To Involve Another Insurer You Must Act Promptly
Student Driver a Permissive User of State’s Car & is an Insured Read the full article...
By Barry Zalma 2021-10-08 12:29:20 0 113
Other
Don't Sue Until You Exhaust Administrative Remedies
Suing too Soon Defeats Claim for Health Insurance Proceeds Read the full article at...
By Barry Zalma 2020-11-05 13:33:38 0 229
Politics
Manhattan DA hires high profile 'mob lawyer' to help investigate Trump
The Manhattan district attorney's office has hired a high-profile attorney with decades of...
By Wym Creator 2021-02-22 13:03:37 1 289
Other
Clear and Unambiguous Exclusion Must be AEnforced
When Insurer Uses Extrinsic Evidence to Prove Facts Establishing Exclusion There is No Need to...
By Barry Zalma 2021-08-05 12:41:57 0 168