Nerding out about Bitwig Studio and Music Production in General 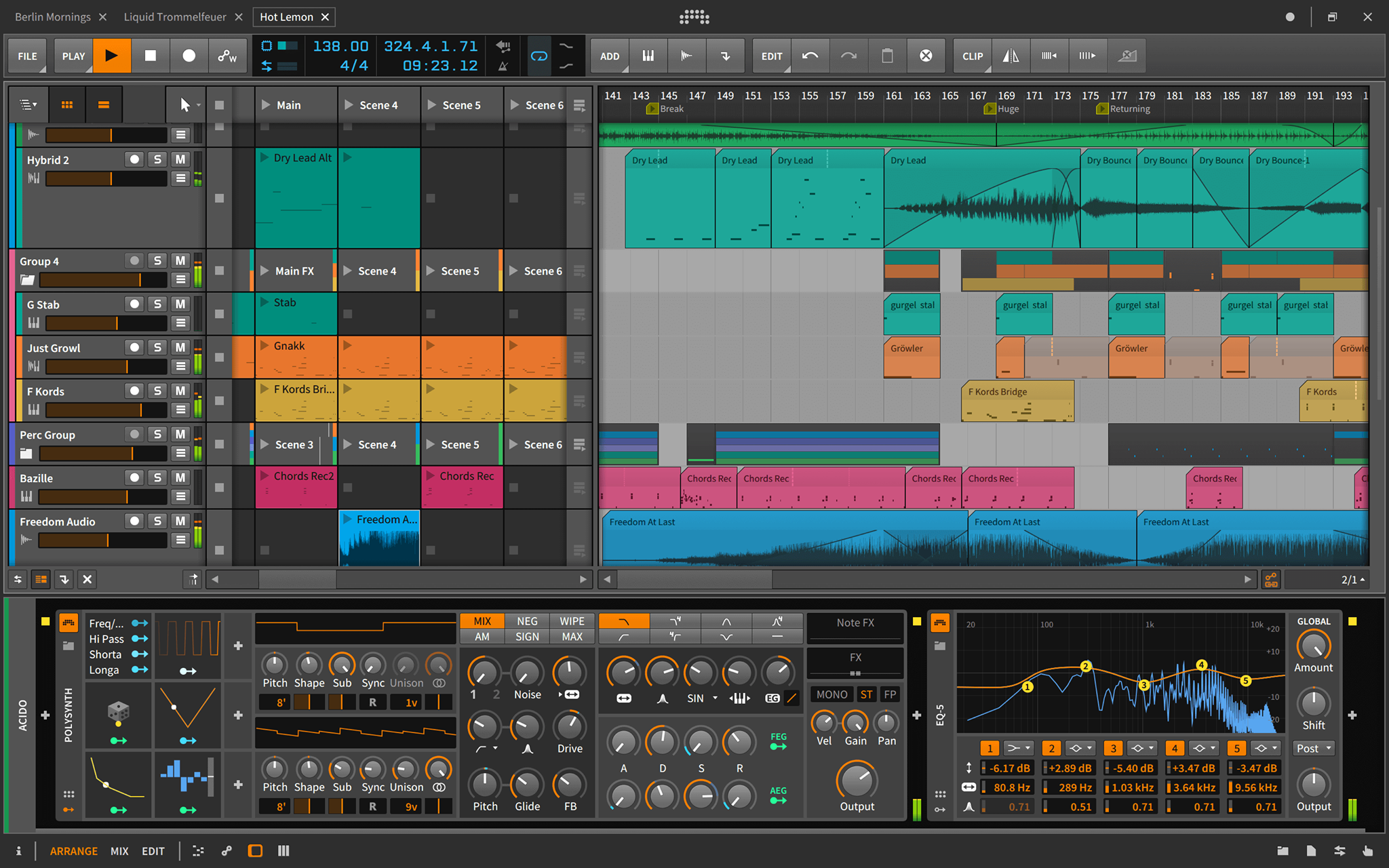 I love Bitwig studio because it's one of those programs that can get so advanced and abstract in its use, that I've been using it for years now and its capabilities are still somewhat of a mystery to me.

I remember when I used to feel that way about Logic Pro, back in the apple days... And indeed, Logic can get pretty deep, especially for newcomers... but eventually, I hit a glass ceiling. I dug deep into the nitty-gritty of Logic... even started programming in the hidden midi environment, which most logic users don't even know exists.

That was a proud moment for me... I even went on to briefly teach Logic pro professionally at a school on Melrose in LA. It's kinda funny how I got that job because the dude who ran the school was impressed with the fact that I knew the logic environment inside and out - even the objects with literally no documentation, AND, that I ran everything on a hackintosh laptop. I went to the interview, and dude: gave me the keys to the school 20 minutes later.

That same dude then sort of 'soft' fired me, because he had a meeting with some people over at Apple to discuss an endorsement deal with the school, and I don't know what they said to him exactly, but apparently, they didn't want anyone focusing on the logic environment, and they DEFINITELY didn't want a guy teaching a class on a hackintosh (which is a run-of-the-mill PC laptop hacked up to run OSX, Yosemite at the time)

They also told him that they would only grant endorsements for the school if the Logic teacher was 'Apple Logic Certified,' which basically means you gotta go take a beginner's course and shell out a couple of thousand bucks for Apple to recognize that you are fit to teach their program, 'the Apple way,'

Maybe I'm showing my age here... but who remembers when Logic ran on Windows? I do. Back then, Logic was owned by the company that actually created it, called eMagic out of Germany, and Logic was not an apple exclusive product.

Anyway, I will say, I was kind of pissed that I was now on the line for thousands of dollars to learn a program that I teach professionally in a course that I could also probably teach from a company that I don't like who bought the exclusive rights to a program which I already used before they even knew it existed, then proceeded to gut some if it's best features in the interest of being 'Steve Jobs user friendly...' but I digress...

Perhaps I would have even played ball to keep my job... cause I actually liked teaching, I made decent money at it, and I like to think I was ok at it... but, I wasn't even given that option, cause I think dude was just too freaked out that some apple rep would see my hackintosh and freak out...

Fast forward to present day, where I have long since weened myself off of the all too common music producer's dependency on Apple products, and rebuilt my whole workflow where my studio currently lives, in Linux running Bitwig Studio.

Lemme just tell ya... Bitwig's capabilities for sound design especially make Logic look like that pre-school toy where you try to fit the shapes through the corresponding slots on a wooden board.

I'm no stranger to jumping into strange worlds of nerdy tech that is probably over my head and definitely above my pay-grade, and figuring some shit out... and yet Bitwig has plenty of new frontiers for me to venture, while still providing that basic, every day functionality that pretty much anyone can figure out in an almost self explanatory manner.

Years later, I'm still scratching the surface with Bitwig... in a good way. I mean, the program is actually easy to use for your standard production type stuff - probly easier than Logic is initially... It's got some similarities to both Logic and Ableton, almost like if Logic and Ableton had an illegitimate love child, it would be Bitwig... but then the sheer modular capabilities of being able to run your signal in any weird or nonsensical direction imaginable just makes it a whole new world for sound design... one I'm still a beginner at.

I like programs that baffle me... Kinda why I became obsessed with Max MSP for all sorts of musical-related programming and sound design tasks... and alls I'm saying is that Bitwig has that.

Ableton is also great, and their version of the Logic environment happens to be none other than MaxMSP itself, which would be the defacto selling point for me, even if I really can't stand the rest of the interface... but the sad fact is that it won't run natively in Linux. (Get with the times, Ableton!)

It will run well via WINE, but man... That's just not gonna cut it when you have hundreds of bridged plugins running across multiple wine prefixes...

Bitwig has its own environment that is kind of like MaxMSP, but not nearly as expansive. Still, Bitwig's environment which they call 'the grid,' is pretty impressive and can do all sorts of crazy things.

Bitwig also is quite new compared to both Logic and Ableton, and in version 3 of Bitwig as of the time of this writing, it still shows in some departments. Overall, there are still some rough edges in Bitwig, but I see the dev team hard at work, adding features with every update and moving it along as fast as they can for a smaller outfit.

I look forward to seeing what future versions of Bitwig can do... anyone who hasn't used it yet should check it out. It probably won't replace your preferred mix or arrangement environment if you already have your seasoned workflow, but it will definitely open your eyes to some sound design possibilities, and may even find its place in tandem with your DAW as a sort of synth/sample superstation.

Other honorable mentions of Linux native DAWS that show some real promise and ambition are Tracktion Waveform, and Cockos Reaper.

Anyway, I hope you music production nerds out there enjoyed my little nerd out music rant.