It Takes "Chutzpah" to Sue for Bad Faith After Admitting Fraud 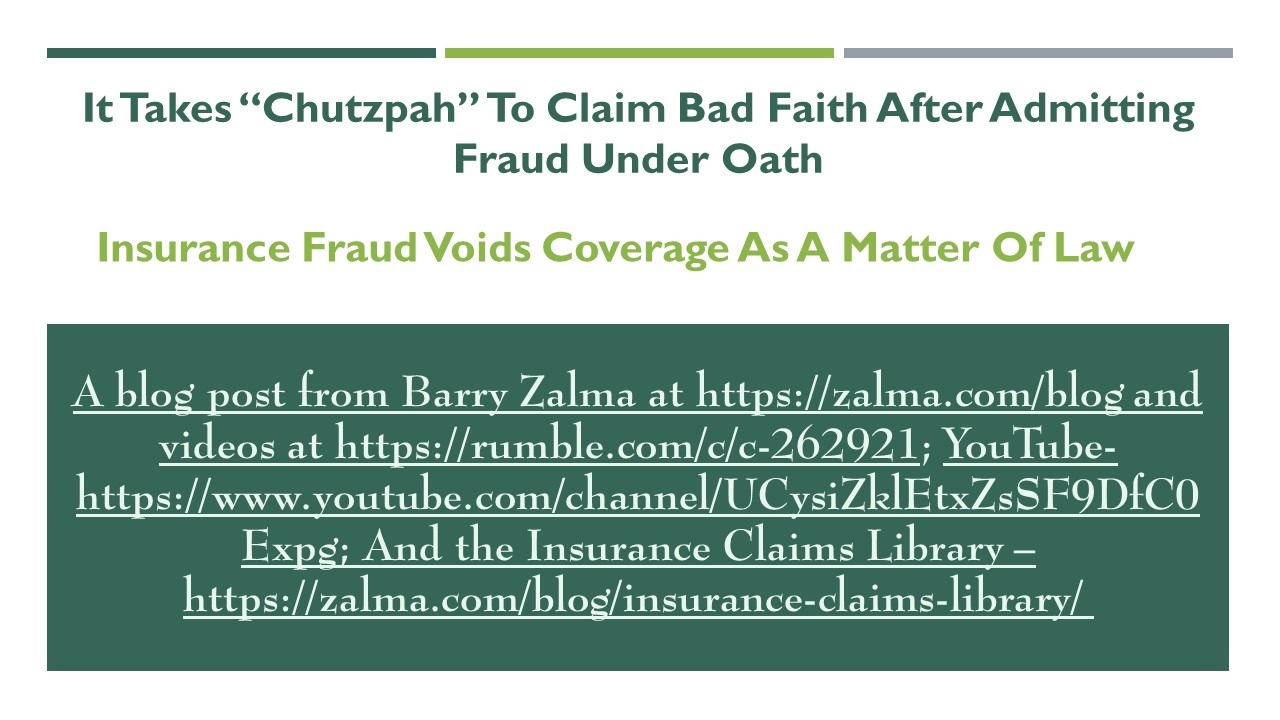 Insurance Fraud Voids Coverage as a Matter of Law

Read the full article at https://www.linkedin.com/pulse/takes-chutzpah-claim-bad-faith-after-admitting-fraud-barry and at https://zalma.com/blog plus more than 3700 posts.

I once, in an argument to a court, used the term “chutzpah” to make my case. The judge had never heard the term and thought I had used a swear word in his court and was about to hold me in contempt when my opponent, who also happened to be Jewish, joined me explaining the meaning of the word to the court. He and I explained that “chutzpah” means unmitigated gall such that, if he had presided over a trial where the defendant was found guilty of murdering his parents and asked for clemency because he was an orphan. In State Auto v. Sigismondi , Civil Action No. 19-5578, USDC  (April 12, 2021) the insured, after admitting he had fabricated documents to obtain greater returns from his insurer, had the unmitigated chutzpah to sue his insurer for bad faith for refusing to pay his fraudulent claim.

In my opinion the court should have referred Sigismondi to the local prosecutor for attempted insurance fraud which would, based upon his under-oath admissions, be an easy crime to prosecute. Insurance fraud is inimical to the public policy of every state.