Off-Budget Non-Rationalizable Federal Spending in the Context of Homelessness. 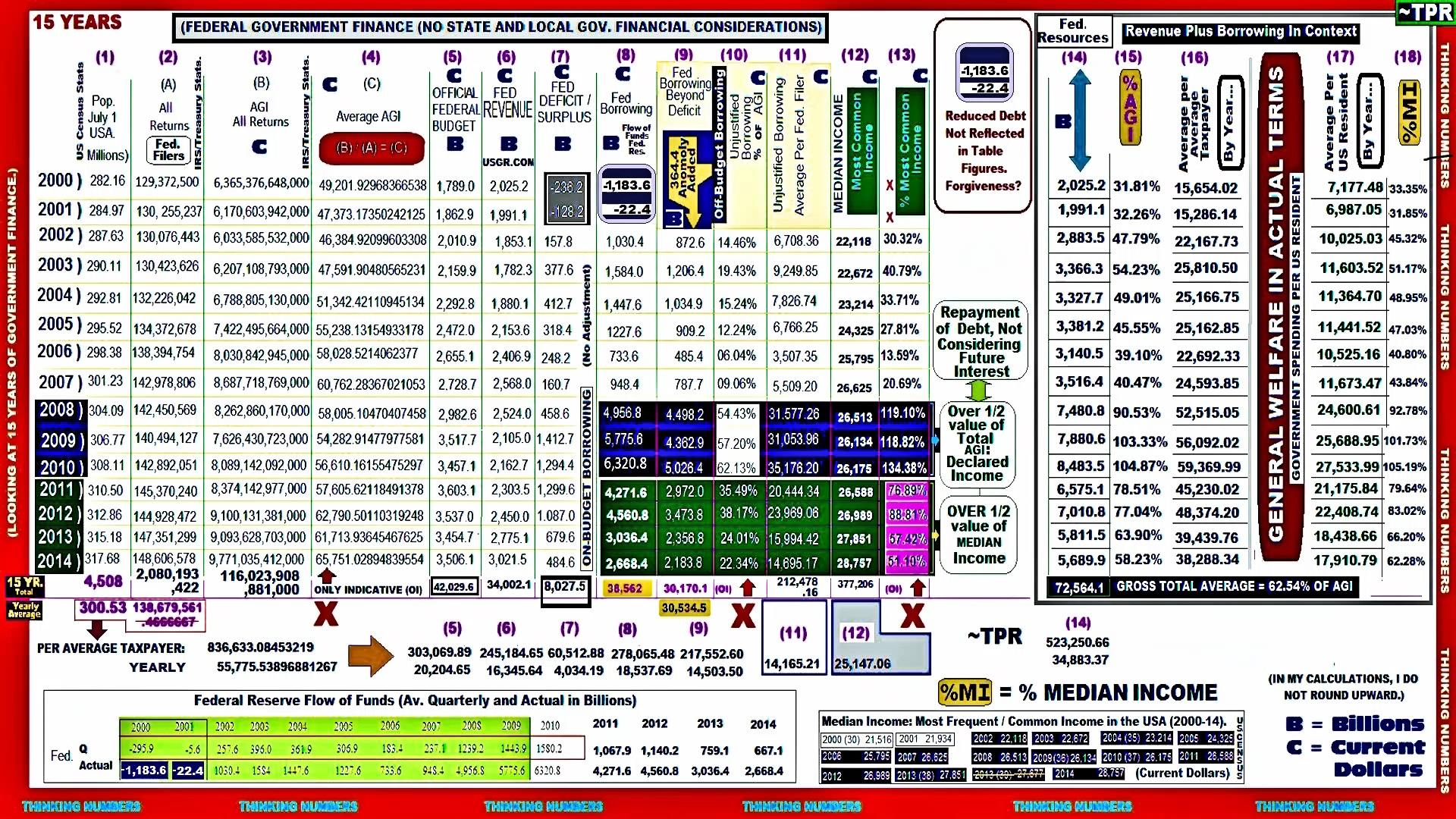 I’ve recently contemplated an important and impertinent question, which is whether (and if so to what degree) does our American system truly serve Americans? Could it simply exist to pacify and mollify citizens while best exploiting them? Over several years I've scratched out some musings regarding government economics. Here are some numbers before I draw out my contention that this place as it is currently operating has little vision for a better & honorable future—just as it holds little contemporaneous concern for WE THE PEOPLE'S best interest(s).
-----------------------------------------------------------
Budget numbers as Context: <<You can Twitter TomRevisited1 and examine my Twitter accounts tweet's section to verify what I say below.>>

We are said to have a humanitarian as well as a communicable disease crisis connected to the homeless, which in America number about 500,000 on any one night, that is, according to an article that I've just recently read. I've also read and witnessed that a cargo-container house at a low end can itself cost about 2,000$-to-5,000 dollars. Well, let's say we build 10,000 dollar cargo-container homes.
-------------------------------------------------------------------
How many cargo-container homes can we we build for 5 billion dollars (ignoring the pocket change of 138 + million a day). Answer = 5,0000,000,000 / 10,000 = 500,000. Simply, given financial resources as well as taking it as a given that the cargo-containers & materials are available, we could END homelessness with ONE DAMN DAY'S non-rationalizable/non-justifiable borrowing & spending out of 5,475 similar days. (Of course, that would perhaps also involve a government round-table with state governors as well as members of the national administration deciding upon a tax remittance policy for those participants taking such homes upon their property or properties.)
And not only do separate dwellings reduce the chances of increasing the transmissibility of disease by avoiding gathering the homeless nightly in shelters so they can pass disease amongst themselves in a confined space and then serve as vectors by daily kicking 'em out to spread sicknesses, but also we know that there exists in America a reality that 7 out of 10 persons are only ONE PAYCHECK away from bankruptcy, which therefore, of course, has most Americas a hairs breath from being on the street. Simply, homelessness and disease hangs over their heads as if a ubiquitous Sword of Damocles.
NOW, would a government that cares ONE IOTA about its people not be willing to spend a seemingly infinitely small portion of monies it has given itself recently and spends (and I expect this remains currently true) without accountability, that is, to provide an essential safety-net here in America for the poor as-well-as a prudent precaution against fostering a catastrophic epidemic/pandemic.
-----------------------------------------------------------------------------------
What do I conclude?
The answer is, THEY DON'T GIVE A !@#$ ABOUT YOU--at all, at all, at all--as George Carlin most emphatically stated. (Carlin also stated that our politicians were put there to give you the impression that they represent you.)
(((CONTINUED!!!)))

A.) RELIGIONISTS: Give the 7th Commandment against STEALING--especially give the scale involved, where did your Rabbis, Priests, Pastors, or even Imam’s go?

B: CIVIL RIGHTS AND UNION LEADERS: Given large pockets of poverty and the self-evident absence of general welfare spending as the Preamble to the Constitution demands, where did your civil rights leaders go? What happened to Union Leaders—are not their members also mightily affected?

C: And, where are all of your other moral entrepreneurs?

In the years I examined, non-justifiable non-rationalizable spending of 28,134.5 billion held these relative values between 2000-through-2014.
Amongst an average of 138,679,561 filers filing during 2000-14, that 28,134.5 billion averaged ?202,874.16 per filer. That breaks down to an average of 13,524.94 dollars per filer per year for 15 years, which given a median income of 25,075.06 is over half that value per filer as well as if all filers received the median income. Or, think of it this way. Non-justifiable spending is equal to a ghost worker earning more than 27,000 dollars a year for every two filers. At that rate, non-justifiable spending during a 47-year work lifetime (19-66) would average 1.2 million per every two filers (per working couple). I say this is more (non-accountable) power than a good man/entity should want, or a bad man/entity should have.