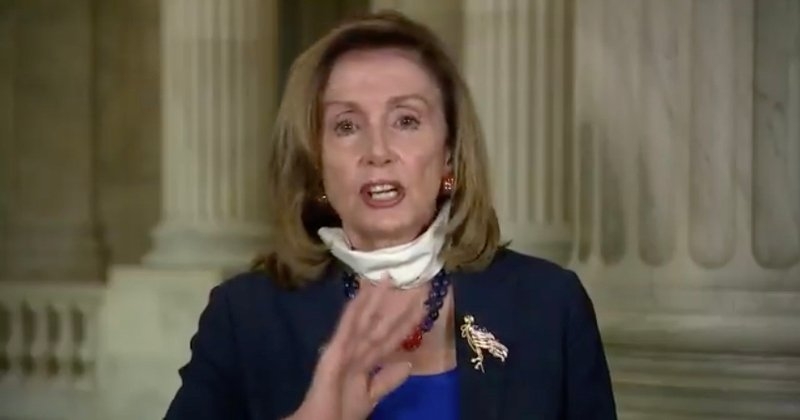 EXCLUSIVE: Top Republicans on several committees are demanding answers from Speaker Nancy Pelosi regarding security decisions made leading up to and on the day of the Capitol riot on Jan. 6.

Davis, Jordan, Comer and Nunes pointed to claims made by former Capitol Police Chief Steve Sund, that he, on Jan. 4, approached the sergeants at arms to request the assistance of the National Guard. Sund, in a letter to Pelosi last month, said the former Sergeant at Arms Paul Irving said he was concerned about "the optics" and didn’t feel the "intelligence supported it."

"As you are aware, the Speaker of the House is not only the leader of the majority party, but also has enormous institutional responsibilities," they wrote. "The Speaker is responsible for all operational decisions made within the House."

Pelosi’s office fired back at the Republicans on Monday, claiming the security of the Capitol and democracy are "not the priorities of these ranking members," while saying "the Committees of Jurisdiction were briefed in advance of January 6 about security preparedness."

The Republicans added that for the past two years, they have observed a "very heavy-handed and tightly controlled approach to House operations that has been exerted by yourself, your staff, and an army of appointed House officials."

In their letter, the Republicans also pointed to Sund’s Jan. 6 move to notify the Sergeant at Arms of his request for national guard support and said it "took over an hour for his request to be approved because the SAA had to run the request up the chain of command," saying that chain "undoubtedly included" Pelosi and her "designees."

Davis, Jordan, Comer and Nunes went on to slam Pelosi for her move to "unilaterally" fire Irving and demand the resignation of Sund.

"These decisions were made in a partisan manner without any consultation of House Republicans and therefore raise questions about the political motivations of your decisions," they wrote.

Meanwhile, the Republicans pointed to Pelosi’s comments made on Jan. 7 during a press conference, in which she explained her reasoning for demanding Sund’s resignation, saying that he "hasn’t called us since this happened."

Republicans said that claim was "refuted" by Sund, who "detailed two occasions that he briefed you on the situation on the Capitol campus—the first occurring at 5:36 p.m. and the second at 6:25 p.m., both on January 6th."

Sund, in a letter to Pelosi earlier this month, detailed these calls, saying that during the first call at 5:36 p.m., he briefed former Vice President Pence on the security posture and then claimed Pelosi joined the call, in which he "advised you both that the Chambers could be safely re-occupied by 7:30 p.m."

Following the firings of Irving and Sund, Pelosi, last month appointed retired Gen. Russel Honoré to lead a security review of the events at the Capitol amid calls from members on both sides of the aisle, in both chambers of Congress, to conduct a review.

"While there is wide-spread support to conduct an independent security review of the campus, General Russel Honoré was appointed solely by you, without consultation of the minority," the Republicans wrote. "To the General’s credit he has reached out to several Republicans to brief on his work to date. We are hopeful his review will result in beneficial recommendations that are not influenced by political motivations."

They added, however,  that "it is easy to understand why we and our Senate counterparts remain skeptical that any of his final recommendations will be independent and without influence from you."