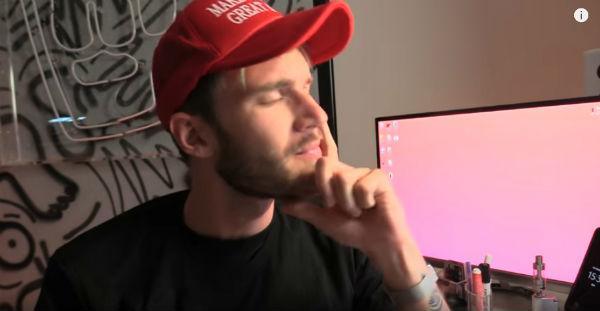 This was a move so incomprehensively retarded that I actually have a hard time believing that it came from the top of YouTube. My genuine assumption is that this was decided in the heat of the moment by some piss-ant moderator who wanted to flex on the site’s undisputed number one independent creator. Pewdiepie has so many subscribers that YouTube had to invent new subscription milestones and rewards to give to him. But, at the same time, he’s been a sizable thorn in big-tech’s side because he doesn’t kiss ring and spew a bunch of intellectually deficient moral platitudes. He makes non-kosher jokes, he gave a shout out to E;R at one point, he’s worn a MAGA hat. All things that have proven to be a massive hinderance to the people pulling the levers at YouTube and beyond.

But YouTube seems to have this warped perception of reality that Pewd’s fans are also their fans by extension. They are not. Did you see his version of that YouTube Rewind compared to theirs? It wasn’t pretty.

Many millions of his fans would not only vacate their attention from YouTube were he to disappear, but they would take very serious action against YouTube. It would be an international response that would eclipse that of any angry fandom prior. YouTube’s already in hot water with a lot of its more prominent creators over video demonetization and removal of videos due to hyper-regulation and moderation via algorithm demotion and censorship. The net they cast was so wide and misshaped it caught a lot of impressive creators that is wasn’t supposed to.

As of the making of this video, Pewd’s has had his channel restored, his content is just as available as it was before. And while it may have been a shot across the bow by the higher-ups on the site, I’m not entirely convinced of that. If Pewdiepie suddenly threw his hands up and migrated to Bitchute or something – hopefully at a pace gradual enough for Bitchute to handle all the new traffic – YouTube would be at a tremendous loss and I don’t think it would stop with him. His branching out onto Alt-tech, which I would still highly recommend that he do, would cause a domino effect of others to follow suite. Good news all around, if you ask me.

But Pewdiepie’s gotten rich on YouTube, and I’m sure he has some kind of contract even though I’m sure being shadowbanned must be some kind of breach. That being said, PewDiePie has immeasurable leverage against them and commands legions of loyal fans that could lay YouTube low if they were deprived of their idol. The sooner someone on YouTube’s board wises up and manages to grab the reigns from the puppets who control it now, the better. YouTube may be a hive censorious bullshit, but I still frequent the site as there are still a good number of creators I enjoy there that have still not made the switch to alternative sites. I shudder to think of the exodus that would commence if Felix left. It might be a new mad dash to the top for some, but it would be a much smaller hill.