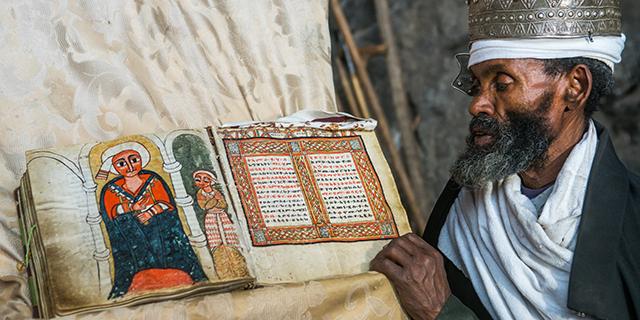 This is news for two reasons: One of which is the fact that a fucking genocide is happening in Africa (and in China but well get to that bit) and I’ve not seen anyone mention it – myself included over the past three months since it’s been going on. Though, to be fair, an ethnic cleansings and political terrorism being perpetrated by Africans against Africans is about as shocking as a dead battery. The second reason being that dead air surrounding the story itself.

Nobody really knew about what happened during the Rwandan genocide until it was over, and the full volume of the international outrage manifested as a wet fart of a stern letter from the UN. Nobody really cared. “But that was a different time” a small number of you my scoff, “surely, if people knew about what was happening there, the response in the digital age of 2020 would deafen the Earth!” But of course, that’s not happening. Anywhere. The sources and statements are there, but nobody seems to want them.

It just strikes me as curious how, in a news cycle hijacked by a group calling themselves Black Lives Matter, that the verified race-pimps and identify whores could be sitting by silently with their thumbs up their asses and their fists in the air like they just don’t care. But they don’t care, do they? The only kind of violence perpetrated upon black people that you’re supposed to even know exists are those blue moon instances where a cop flies off the handle beats them Rodney King-style. Shit, and even he came out and said “Hey, can you guys NOT burn shit please. I live here.”

It's also odd how a group that even heavily self-reports as being Christian could give so little of a shit about the active decimation of hundreds if not thousands of their supposed brothers and sisters over in that continent so many of them wear t-shirts of – or when parts of it are being taken the fuck over by china or enslaved in Libya. But of course I said something quite similar back in June: BLM is not a pro-black group, they are an anti-police group. Only when police are involved do the twitterites and grifters stir – it’s not difficult to prove. At the end of the day, they permit or even advocate for their own suffering.

So don’t count on an international response on this – hell, don’t even expect a commercial asking for aid. This kind of thing is normal, but if you don’t want that kind of culture where you live, the mob’s gonna point the finger at you. And no, this is certainly not something worth involving the military with any more than it’s worth helping the Uyghurs or the Venezuelans or the Hong Kongers. It would be pretty funny if Trump made a big stink about it and proposed refugee statues for them at a navy base or something. That would make for a combative news day.

I guess the point I’m trying to make here is that people are only in it for them and theirs – and that human suffering has been highlighted to the point where it’s hardly even striking anymore. But it’s important to know what goes on out there, so that every precaution can be made here so that we don’t become like Ethiopia. Don’t be harmless – don’t be hunted.

The open hand that drops the knife will feel the end of another.