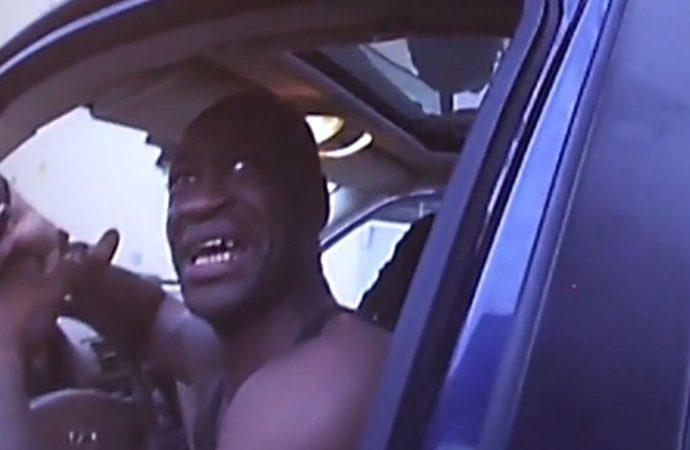 But the body-cam footage really does dispel a lot of the bullshit that was cooked up about the encounter over the last, what, three months now?

For starters, the guy’s as high as non-urban SAT scores: Freak’n out, not following the most basic fucking instructions, and was even screaming about not being able to breath while being held by the arm. Did his autopsy say anything about his throat being in his arm? Doubt the neck-kneeling would have been much of an issue if that were the case.

I reiterate once more: The cop responsible should be held to account. I have no pity for Floyd, monster that he was for what he did; but, as Mr. Whitlock points out, I think most if not all of the charges being levied against Officer Chauvin are not going to stick. And you can expect Ellison, that unabashed Antifa knob-goblin I talked about in my riots video a while back, to go full on Malcom X in front of every camera he can find and stir every BLM lobotomite into a fresh frenzy once Chauvin essentially walks off into the sunset and under a new identity in a new town.

But here’s my real question. How much squealing and torching and shooting do you think the Minneapolis PD – or rather, the former Minneapolis PD – could have stopped in its tracks by leaking this footage sooner? How many talking-heads could they have deep-throated with this video instead of sitting on it like a class of castrated choir boys? All? A lot? Many? Most? Was this really a “leak” or just a timed release so the rioters could have their way with everything and everyone first? Who’s the cunt who kept this a secret? They’re complicate in the riots as far as I’m concerned.

If you live in any of the splash zones, I hope you’ve done one of two things: Bought a gun, or removed yourself from that area. Preferably both. Apparently the race riots in Detroit and Los Angeles didn’t serve as a strong enough object lesson for everyone. Don’t expect things to die down until people make it abundantly clear rioting will not be tolerated or forgiven – police or no police. Real Americans and the Marxists burning everything in sight might be a world apart regarding their aims, but a bullet sounds the same in every language. And there are fewer of them than they are willing to admit.