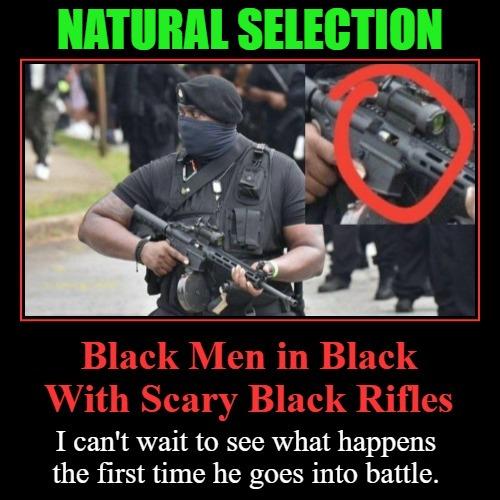 (I can just about guess which one it was.)

At a rally by the black-only ‘Not Fucking Around Coalition’ (NFAC) in Louisville, Kentucky, gunshots rang out and two people were wheeled off by medics. Early reports suggest one of the militia members shot himself by accident.

An all-black militia whose leader says he believes in violence to further the black cause, the NFAC gathered in Louisville, Kentucky on Saturday in full battle dress, numbering more than a hundred. There to meet them were the ‘Three Percenters’, a right-wing militia whose membership is mostly white. Police formed a line between the two groups.

When gunshots rang out over Baxter Park, however, they weren’t the first shots in a racial confrontation. Instead, they were accidental, and medics arrived moments later to wheel away two victims, reportedly NFAC members.