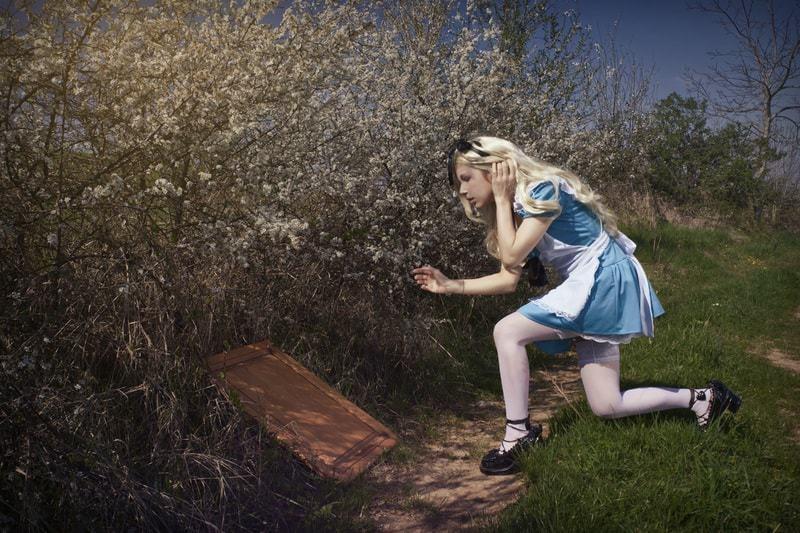 Alice in Wonderland syndrome (also known as Todd’s syndrome or Liliputian hallucination) is a neurological condition that alters perception.

Description of Alice in Wonderland syndrome

AIWS (Alice in Wonderland syndrome) affects visual perception (causing so-called metamorphopsia), hearing and the sense of touch, the sense of passage of time and perception of one’s own body and its parts (body image distortion).
It’s estimated that around 10-15% of population has at least once in their lifetime experienced symptoms of AIWS.
The condition was described in 1955 by Dr. John Todd. The name of the disorder refers to the famous book Alice’s Adventures in Wonderland wrote by Lewis Carroll. Dr. Todd believed that Lewis Carroll had described his own experience in this book since he was known to suffer from the severe migraines associated with the visual manifestations. Some suggested that the author had temporal lobe epilepsy.
Micropsia is also related to the story about from the novel “’s Travels” by Jonathan Swift. A British physician Raoul Leroy suggested to call micropsia a Liliputian hallucination that later became an alternative name for AIWS.
However, AIWS should be distinguished from the hallucinatory symptoms present in schizophrenia spectrum disorders.

In most cases AIWS is a side effect of another diseases or disorders. The syndrome has central origin. The mechanics of the eyes, ears etc are not affected, but the failure of brain’s interpretation occur due to its lesions mainly in temporo-occipital or temporo-parieto-occipital regions. Alice in Wonderland syndrome is associated with migraine, brain tumors, temporal lobe epilepsy, complex partial epilepsy, Epstein -Barr virus (mononucleosis), coxsackievirus infection or psychoactive drugs abuse. Some cases were also reported to arise while a person was falling asleep (hypnagogic state, hypnagogic hallucination) or due to lack of sleep.
AIWS can be caused by abnormal neuronal activity in the parts of the brain that process visual and sounds perception, texture and body image.

All the main causes of Alice in Wonderland syndrome are at the same time risk factors of its development. This means that people who suffer from epilepsy, migraine, mononucleosis, have brain lesions may experience disturbance of perception.

Usually AIWS affects children, episodes of disturbed perception may occur from time to time until youth, when AIWS vanishes by itself (children “grow out” of this syndrome), although cases of AIWS among elderly are being reported as well.
Different symptoms are associated with AIWS, visual or non-visual, depending on the cause of the syndrome. The episodes of distorted perception last from several minutes to several hours, days, years or years and even lifelong. They can appear once or several times in a lifetime. Sometimes metamorphopsias occur after the temporal delay during which eyes fix an object and the perception is preserved, after that objects appear distorted.
The symptoms of AIWS remain present even when a person closes eyes. One person can experience one of the listed symptoms or several of them. Visual perception alteration is though the most common.

As a consequence of other diseases AIWS demands proper assessment of the underlying condition. Usually the treatment of the main illness leads to the full remission of the AIWS symptoms, although sometimes they vanish spontaneously without drugs administration.
The possible treatment may include anti-epileptic drugs, antibiotics, antiviral drugs, painkillers and migraine prevention.