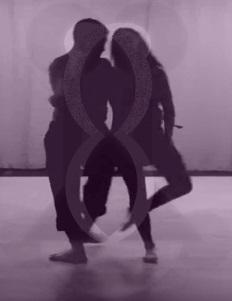 Hebrew folklore has kept alive stories of her remarkable beauty and ranks her next to the most perfect woman the world has known, Eve, “the mother of all living.” Sarah seems to have had beauty that grew more attractive with the passing years. “Of the things that are unfavourable to the preservation of beauty, the Orientals count travel as one that is most baneful, even fatal to it,” says Gustav Gottheil. “Yet when Sarah arrived, after a long journey through dusty deserts and under a scorching sun, at the frontiers of Egypt, she was more beautiful than ever, and this explains the curious speech of Abraham to his wife at that juncture: ‘Now I know that thou art a woman beautiful to look at.’ Did he not know that before? Not so convincingly, explains the rabbi, as after he had seen that even travel had left no touch on her countenance.” Isaiah says that, “Beauty is a fading flower” (Isaiah 28:1), and a song of old has the stanza— Beauty is but skin deep, And ugly to the bone. Beauty soon fades away, But ugly holds its own. But with Sarah it was different, for even when she was 90 years of age she was so lovely that Abraham feared that kings would fall in love with her bewitching beauty—which Pharaoh and Abimelech did, as our next glimpse of her proves. As one of the most beautful women who ever lived we can imagine that wherever she journeyed the admiring eyes of all were cast upon her. “Grave is all beauty,” and Sarah’s renowned loveliness certainly brought its trouble.

<11> Through faith also Sara herself received strength to conceive seed, and was delivered of a child when she was past age, because she judged him faithful who had promised.

<1> Woe to the crown of pride, to the drunkards of Ephraim, whose glorious beauty is a fading flower, which are on the head of the fat valleys of them that are overcome with wine!

Her Peril When famine drove Abraham and Sarah into the land of Egypt, and they felt that hostile kings might take them prisoners, Abraham came up with the abject, base proposal that if taken prisoners then his wife should represent herself as his sister. Fear of death unmanned him and led him to risk the dishonor of his wife and thereby save his own neck. She dearly loved her husband, and his life was too precious to her to make her think of the shame she might incur. Sarah was utterly wrong in yielding to her husband’s plot. How nobler she would have been had she stoutly refused Abraham saying, “How can I do this great wickedness and sin against God?” But she called her husband “lord,” and evidently he was lord of her conscience. Abraham felt that if oriental despots knew that Sarah and he were married they would slay him and add the lovely woman to their harem. Married to a conspicuous beauty caused Abraham to be afraid, and he resorted to a falsehood to save his life. If taken, Sarah was not to say that she was his wife but his sister. This pretense was not an outright lie, but a half-truth, seeing that she was his half-sister. They were children of the same father, but not the same mother. It seems hard to believe that such a good man could deliver his lovely wife over to a heathen monarch, but he did, and Sarah entered Pharaoh’s harem. But God protected her by sending plagues upon the monarch. Pharaoh sent her back to her own husband, untouched. The same unworthy plan was carried out when Abimelech, king of the Philistines, admiring her bewitching beauty had her taken to his harem. But again God interfered and commanded the king to restore Sarah to Abraham, seeing she was his wife. Threatened with violent death, Abimelech obeyed, but severely rebuked Abraham for his deceit (Genesis 12:10-20; 20). Years later Isaac, the son of Abraham and Sarah, used this same form of deception (Genesis 26:6-13, see href="/id/42314245-4242-3341-2D30-3838372D3345">Rebekah).

<10> And there was a famine in the land: and Abram went down into Egypt to sojourn there; for the famine was grievous in the land. <11> And it came to pass, when he was come near to enter into Egypt, that he said unto Sarai his wife, Behold now, I know that thou art a fair woman to look upon: <12> Therefore it shall come to pass, when the Egyptians shall see thee, that they shall say, This is his wife: and they will kill me, but they will save thee alive. <13> Say, I pray thee, thou art my sister: that it may be well with me for thy sake; and my soul shall live because of thee. <14> And it came to pass, that, when Abram was come into Egypt, the Egyptians beheld the woman that she was very fair. <15> The princes also of Pharaoh saw her, and commended her before Pharaoh: and the woman was taken into Pharaoh's house. <16> And he entreated Abram well for her sake: and he had sheep, and oxen, and he asses, and menservants, and maidservants, and she asses, and camels. <17> And the Lord plagued Pharaoh and his house with great plagues because of Sarai Abram's wife. <18> And Pharaoh called Abram and said, What is this that thou hast done unto me? why didst thou not tell me that she was thy wife? <19> Why saidst thou, She is my sister? so I might have taken her to me to wife: now therefore behold thy wife, take her, and go thy way. <20> And Pharaoh commanded his men concerning him: and they sent him away, and his wife, and all that he had.

<6> And Isaac dwelt in Gerar: <7> And the men of the place asked him of his wife; and he said, She is my sister: for he feared to say, She is my wife; lest, said he, the men of the place should kill me for Rebekah; because she was fair to look upon. <8> And it came to pass, when he had been there a long time, that Abimelech king of the Philistines looked out at a window, and saw, and, behold, Isaac was sporting with Rebekah his wife. <9> And Abimelech called Isaac, and said, Behold, of a surety she is thy wife; and how saidst thou, She is my sister? And Isaac said unto him, Because I said, Lest I die for her. <10> And Abimelech said, What is this thou hast done unto us? one of the people might lightly have lien with thy wife, and thou shouldest have brought guiltiness upon us. <11> And Abimelech charged all his people, saying, He that toucheth this man or his wife shall surely be put to death. <12> Then Isaac sowed in that land, and received in the same year an hundredfold: and the Lord blessed him. <13> And the man waxed great, and went forward, and grew until he became very great:

God expressed His displeasure with Abraham and his wife because of their ill-conceived plot. As the Righteous One, He could not condone such trickery. Had He not called them out from their country for a specific mission? And was He not able to protect and preserve them from harm and danger in a strange land? Was not the halflie told on two occasions an indication of the lack of faith in God’s overshadowing care and power to fulfill His promise? Abraham’s lofty soul suffered an eclipse of the virtue of faith for which he was renowned when he adopted such a plan of deception, exposing his wife to great peril, and also thwarting of the divine plan for and through Sarah. (Compare Hagar.) Abraham’s deception was followed by an attempt to ease an offense, and the patriarch was more blameworthy than Sarah who should have resisted the dangerous plan of exposing herself for the sexual gratification of other men. A lie that is half a truth Is ever the worst of lies.