About The Use Of Mold Release Agent 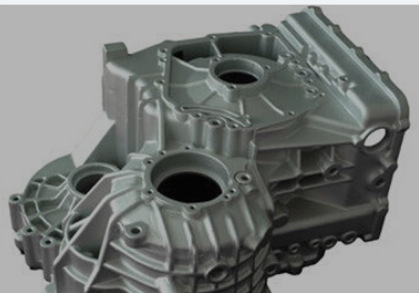 When the die-casting factory encounters waste products from die-casting parts, it is rarely analyzed from the rationality of the release agent selection and the correctness of the spraying process. When a new type of release agent is used, if traditional experience and operating habits cannot be accommodated, it will be rejected immediately. So there is often such a puzzling situation: die casting the same type of casting, one family is comfortable with the use of a certain release agent, while the other family complains that it is not easy to use. The reason is still because of insufficient understanding of the characteristics of the release agent, ignoring the problems that should be paid special attention to. The following 4 aspects should attract attention.

(2) The relationship between water transfer rate, mold temperature and adhesion

Only a fraction of the water-based release agent actually adheres to the surface of the cavity when sprayed, and most of them are scattered by the vapor film phenomenon. Tests have shown that under the condition that the effective solid matter content (mass fraction) is not less than 0.2% to 0.3%, the greater the dilution rate and the greater the amount of spraying, the more effective the amount of adhesion, and the adhesion The larger the area. This can explain why the water transfer rate is too low, but it will stick the mold and produce waste products. At the same time, as the mold temperature increases, its adhesion amount and adhesion area decrease. Experience shows that the ideal mold temperature should be below 250 ℃ after spraying, preferably 180-200 ℃. The film is formed within 1 s of spraying at a mold temperature below 270 ℃.

In order to ensure uniform film formation, the spraying process is very important. To be atomized superfine, evenly dispersed, strong adhesion. At the same time, the spray distance must be optimized. If the distance is too small, due to the high jet velocity, the release agent will rebound and cause loss; if the distance is too large, the mist release agent will merge into a large droplet, and the impact force when it falls may destroy the uniformity of the film. Because the mold temperature is higher during spraying and the mold temperature is lower when the film is formed, the phenomenon of condensation may occur during spraying. Therefore, spraying should not be used as a means to reduce the mold temperature, but the difference in mold temperature from spray to film formation should be minimized as much as possible. . Experience has shown that the ideal spray distance is 100-200 mm, not more than 250 mm, and the necessary spot spray, such as core and runner, can be shortened to 70 mm. For large molds, it is better to use a device that can automatically track the nozzle trajectory.

The quality of water-based mold release agent dilution water is easily overlooked. Mold release agents such as the products of Italian LEVENIT and MARBO Chemical Manufacturing Company, in addition to having a complete set of production processes and quality inspection systems, have strict control over the purity, softness, hardness, pH value, and water temperature of water quality. Because, if unqualified water is mixed into the release agent, it will partially lose its proper characteristics. For example, when the number of bacteria in 1 m3 of water reaches 105, the release agent may be deteriorated, resulting in an increase in the scrap rate of some sensitive die-casting parts. As another example, when water containing impurities or impure components is added to the original concentrate, the gas content in the die casting increases, which has a significant impact on the production of castings that require airtightness or weldability. It is generally stipulated that the original imported mold release agent should be promptly filled with qualified water and used up within one week after opening the lid.

Hangzhou Silva New Material Technology Co., Ltd  is a professional China manufacturer and supplier of     agricultural adjuvant   and mold release agents. Alkyl alkyl polysiloxane is the core material of die casting water-based    Mold release agent   . It provides excellent heat resistance for mold release agent formulations and maintains the function of the formulations during the die casting process. Our release agent products can effectively protect the mold and improve product productivity, you can rest assured to choose. Welcome to consult and purchase: https://www.silways.com/application/mold-release-agent.html