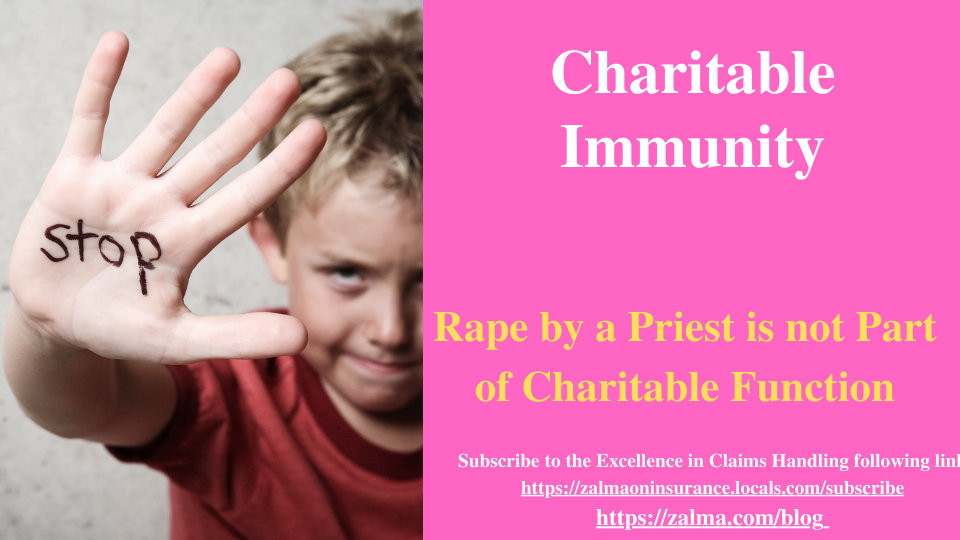 Rape by a Priest is not Part of Charitable Function

In the 1960s, when the plaintiff was approximately nine to eleven years old he was abused sexually by multiple church officials, including a priest at the parish, the pastor of the parish, and then Roman Catholic Bishop of Springfield Christopher J. Weldon. The abuse included “severe anal penetration” and occurred in a rectory bedroom and a building adjacent to the parish. Weldon allegedly dragged the plaintiff into the room, where at least one other altar boy and two priests were present, and commanded one of the altar boys or priests to get the plaintiff onto the bed. The altar boys and priests grabbed the plaintiff, flipped him onto his stomach, and pinned him to the bed while Weldon and others “brutally raped” him.

An erroneous denial of immunity from suit cannot, by definition, be remedied after the party asserting the immunity already has litigated the matter to final judgment. And immunity from suit always is considered collateral to the underlying litigation.

Regardless of the egregious abuse perpetrated on the Plaintiff the defendants properly asserted immunity for parts of the suit since they involved the charitable function of the Church while the rape of a young boy by high members of the church had absolutely nothing to do with its charitable function and provides an example why the state did away with the immunity.