Accidentally made my most photoreal render to date 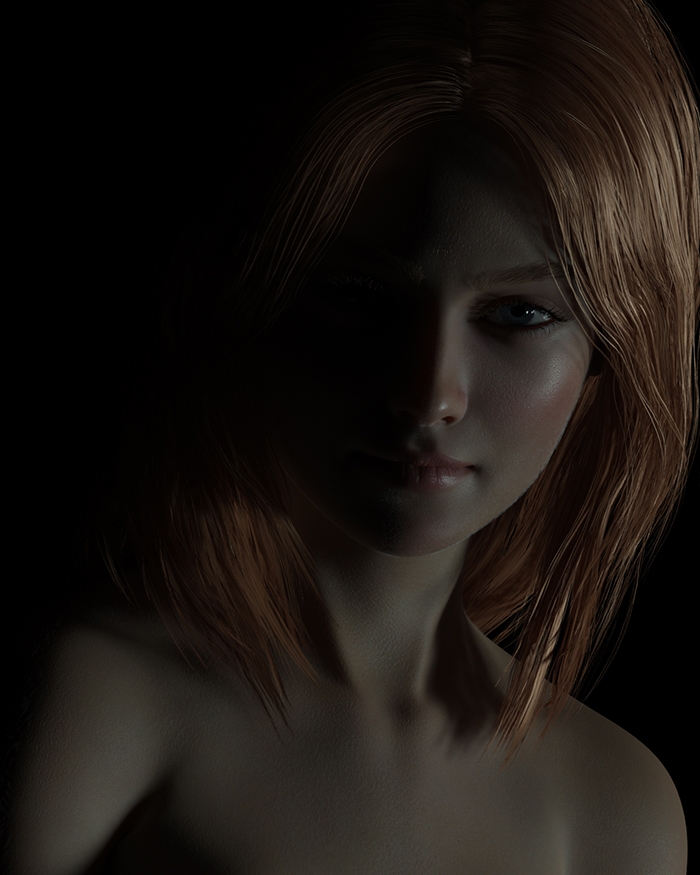 So I was just messing around, testing out some new lighting setups, seeing how fast my new GPU could knock out scenarios. So before supper, I put together a low lit scene all halfassed, and hit the render button. This render I was just testing, to see if it rendered dark scenes any faster.

After I got done eating, I saw the most realistic render I have ever made on my screen. Something like this usually will take several hours to finish on my old setup, this one was just about an hour and a half. If you really look at the hair, it is kinda obvious it's not a real photo, but damn. The eyes, skin, and the little smirk I put on her works well.

Had to crop it, because I didn't even bother slappin any clothes on her and postin her titties for everyone to ooggle didn't seem proper lol. The only thing I did in photoshop was crop out the boobage, and resize a smaller version for the covor. I didn't adjust levels or nothing like that. 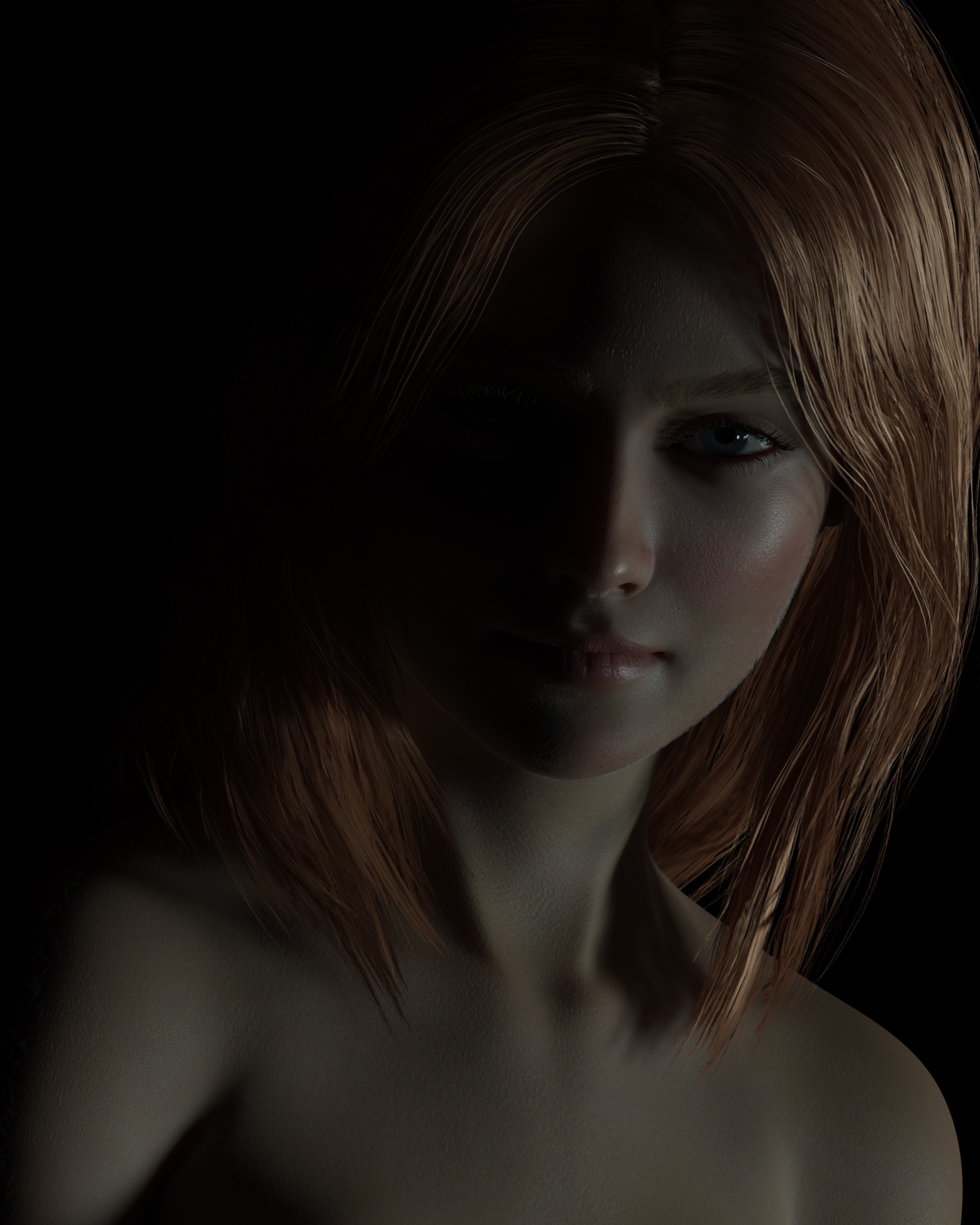