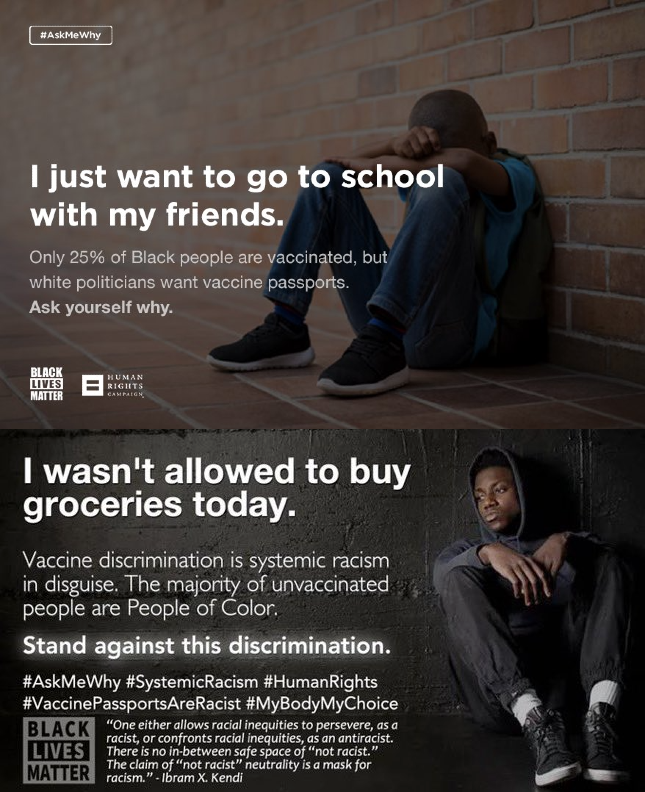 Well, the attached image to this Post that was being posted on Social Media Internet sites is several weeks old now, but it was only a matter of time before things started kicking in, and they have in this past week; BLM is now out protesting the “Clotshot” (among its many names) Passports and Mandates. One can see some shows illustrating this on rumble:
https://rumble.com/search/video?q=BLM&sort=date

This is no surprise, as most know they were drug experimented on before (Tuskegee).

I addressed this in my article, “THE SYSTEMATIC SELF-PURGING OF THE MAJORITY OF THE LIBERAL/DEMOCRATIC CIVILIANS:”,

and noted approximately 75% (the polling percentages vary) were NOT going to go another round of being tested on again, but I never gave any thought of BLM, but do now recognize their reasoning to take a stand and act, as others have been doing in the Countries of the World these past several Months.