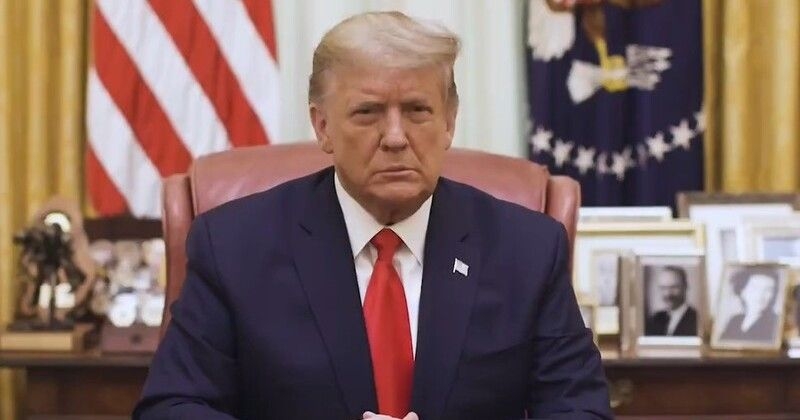 Former President Donald Trump issued a statement Sunday calling for President Joe Biden’s resignation over the situation in Afghanistan, the border crisis and a “tremendous surge” in COVID-19 cases.

“It is time for Joe Biden to resign in disgrace for what he has allowed to happen to Afghanistan, along with the tremendous surge in COVID, the Border catastrophe, the destruction of energy independence, and our crippled economy,” Trump said in the statement.

“It shouldn’t be a big deal, because he wasn’t elected legitimately in the first place!” he added, reiterating his unfounded claims of voter fraud during the 2020 presidential election.

The Taliban advanced Sunday into the capital city of Kabul after the democratically elected president, Ashraf Ghani, fled the country. As of Sunday, the militant group was reportedly preparing to declare the “Islamic Emirate of A... (Read more)

4
Please log in to like, share and comment!
Sponsored
Categories
Read More
Other
A Video Explaining Four Exclusions
Mysterious Disappearance, Loss or Shortage Disclosed on Inventory, Intentional Acts &...
By Barry Zalma 2021-05-19 13:19:24 0 105
Health
How can we encourage people to eat fruits?
For children and teenagers, vegetables are almost never at the top of the list of favorite foods,...
By Arvin Juliana 2021-10-13 08:12:30 0 40
Politically Incorrect
Political Patties
See topic story here... As someone who eats at Burger King about as often as I lay down in the...
By Scathing Take 2020-07-21 04:23:29 0 283
Art
女孩必買MAC唇膏推薦！
講到MAC口紅，幾乎每個女孩都擁有子彈唇膏，價錢比一般專櫃口紅便宜但是口紅顏色多、質地又好，ＣＰ值高到爆炸。今天小編就幫大家整理了適合東方女孩的暢銷Mac 唇膏色號，快來找到屬於你的Mac...
By 菜 丽 2021-05-24 02:12:46 0 79