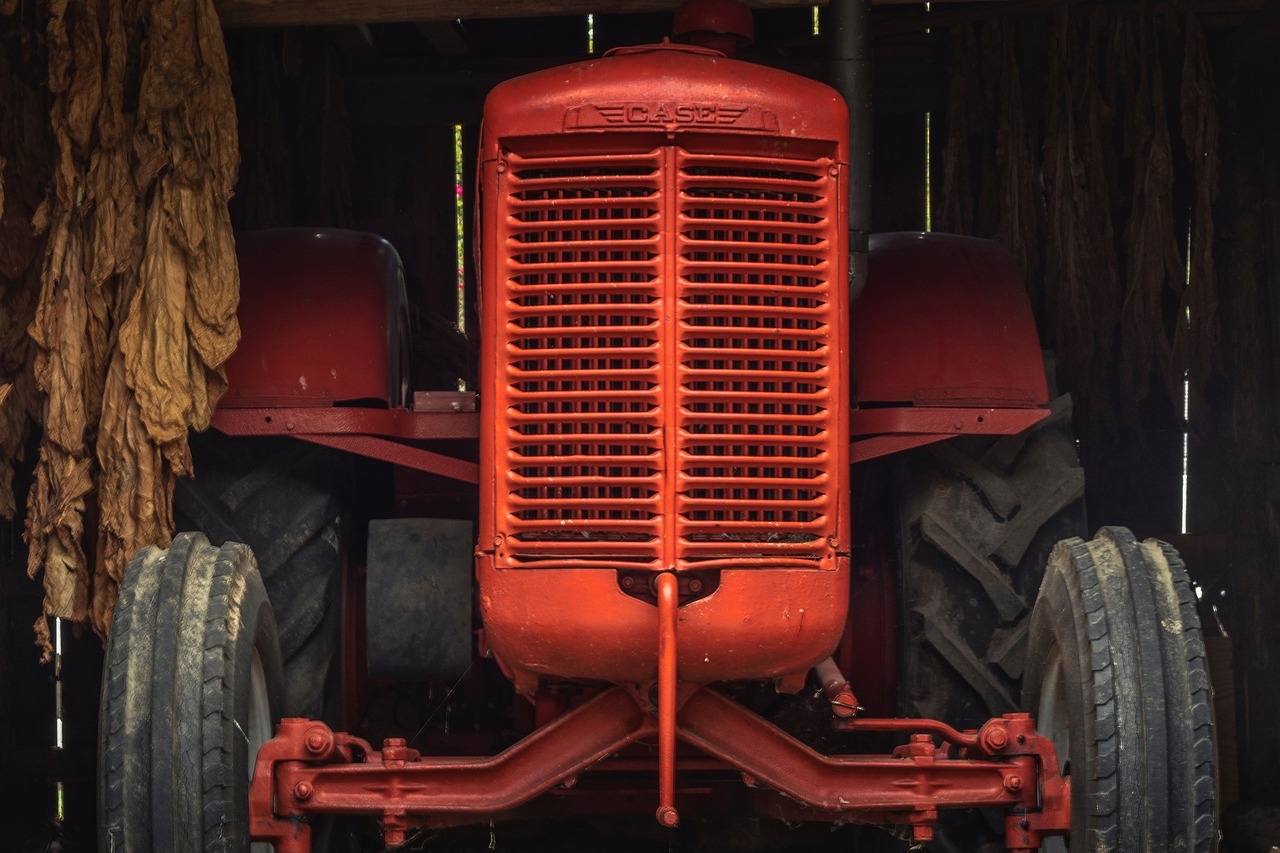 There is no doubt that technology has advanced by leaps and bounds over the last century. Some technologies …computers in this particular instance …are already outdated by the time they hit the retail store shelves.

Nobody is advocating giving up computers and going back to the days of the abacus and the slide rule, nor should they.

Why is it then, that we continue to advance agricultural technologies that are decades or in some cases, hundreds of years old? Why are we still using ancient farming technologies in the day of the technological automation revolution, or the fourth industrial revolution if you will?

Given advances in technology, should we not be committing a substantial portion of our research and development to those technologies that are going to feed us if not at least as much as we devote to other areas of technological advancements?

Is it possible that at least some of the agricultural technologies are in existence if not in actual use, to replace current farming techniques the way that modern computers have replaced the abacus and the slide rule?

If they are currently available, can these technologies be put to use on a wider scale?

What would the cost be of utilizing new technologies and what is the cost if we do not?

It is not very likely that any reasonable person would question the great advances that have been made in technology even if we do marvel at the lack of enthusiasm in embracing and implementing these new technologies sometimes.

It is also very unlikely that even in the most rural, most isolated spots, there has not been at least some impact (be it positive or negative) regarding these very same technological advancements. When it is properly implemented, technology has proven to be beneficial to the entire human race. Implementation, is the key to successfully merging technology with humanitarian issues to allow for the entire human race to prosper.

Why then have we not implemented any number of the newer technologies when it comes to agricultural concerns?

Why are we still utilizing technologies that in most cases were developed well over a hundred years ago and many more that are substantially older than that?

While all manner of tests have been conducted showing a wide range of results, some of these tests have consistently shown a nearly twenty percent in yield per acre/hectare of land.

In other words, utilizing the Vertical Farming techniques in some cases has allowed for the production of seventeen times as much consumable food on any given acre/hectare. A seventeen hundred percent increase in food production would certainly be worthy of consideration in most ways of thinking … especially when these same results can be duplicated and repeated in a wide range of environments.

Everywhere from the middle of the desert to the most lush of tropical islands can enjoy a similar increase in food production and easing concerns of food security at the same time. But what can be done in colder environments?

While such an increase in agricultural production is certainly notable and laudable, it does nothing in and of itself to increase or even improve the growing season in colder environs or otherwise allow for the controlled, regulated growth of non-native species in other harsher climates.

What if it were possible to grow virtually any kind of vegetable or fruit anywhere in the world and moreover, to increase production by extending the growing season to a year-round means of agricultural production?

The simple fact is that this technology already exists, it is sustainable and there is absolutely no reason not to begin further researching and developing these technologies to be put into use right away.

To be fair, this is actually a combination of technologies. Semi hermetic greenhouses and hot houses as carbon dioxide sinks and in colder environments are certainly not new technologies but the idea of getting them to function twenty-four hours a day, seven days a week is a challenge.

Getting them to function all year long no matter what the weather outside may be may be a little bit of a stretch, but is certainly not an impossibility.

If these techniques are used in cooperation with vertical farming techniques, there is absolutely nothing short of adequate funding stopping us from establishing controlled environments for the growth of virtually any crop, any where in the world, any time of year.

While there was a time when such an undertaking would be cost-prohibitive and likely harm the environment much more than it could help, the introduction of new technologies makes this concept both wholly sustainable and environmentally friendly.

Current technologies allow for the introduction of a graphite glass that serves remarkably well as a solar collector. Granted, solar is not nearly as efficient as some other technologies, but what if every planar surface short of the floor were a functioning, multi-layered solar collector?

Double pane glass is common enough in storm windows and storm doors. Such structures as these being proposed would also need to be able to withstand adverse weather conditions, natural disasters and other such calamities.

Still, what if this double pane setup was not only substantially more durable, but also offered the added benefit of working as a highly efficient solar collector?

Then again, solar power also requires the storage of power in extremely hazardous and environmentally damaging batteries … and is not generally efficient enough to run “high-amperage” appliances and utilities … right?

Much of the equipment needed to control an environment requires a high amount of amperage. It is foreseen by a great many people that 12-volt DC (or Direct Current) power would not be sufficient to run such an operation.

This generalization may be correct to a degree, but there are also other factors that, when taken into consideration together, make this concept not only highly likely, but quite possible in theory and in practice.

One of the most common misconceptions is that twelve-volt lighting would not be sufficient for any large-scale farming operations.

Did you ever look into the headlights of an oncoming vehicle that had its bright lights on? While this topic could be left there, some people will (rightfully) point out that the lighting used to generate and allow for photosynthesis is different in nature.

True enough, but even the metal halide bulbs do not draw that much energy individually, though they do in the quantities needed for commercial and industrial levels of agricultural production.

Also needing to be factored in is the amount of energy that will have to be produced and used for environmental controls. When this detail is considered, energy consumption soars in some of the harsher climates.

So how does one get all of the necessary energy from a less-than efficient system?

The short answer is to make the system more efficient and that is being tested.

However, it is not always going to be possible to have the latest and greatest technology readily available all around the globe. It is however, very easy to ship batteries.

But oh, how evil those batteries are and how detrimental for the environment … right?

Or is this another view based solely on outdated technologies that should be replaced and left somewhere in the same corner as the abacus and slide rule?

Modern battery technology is advanced far beyond that which is commonly in use by the average person.

Lithium Ion batteries may be great for what they do but that does not mean they are the ideal solution for a commercial sized agricultural production facility. There are however, an increasing number of more sustainable battery options, many of which are constantly being explored and tested.

While solar power may not be an ideal solution in all cases, remember that the entire structure (times two given the utilization of double-pane glass) will serve as a giant solar collector. When it is producing energy, that energy will be stored in organic batteries large enough to provide a steady supply of power to a small community.

Though again, in fairness, there may still be times when the solar power alone just is not enough. Further testing is ongoing in areas of research for the trapping of naturally produced methane or natural gas for waste to energy production and other energy resources without the need for fracking or other means not natural in origin. There is a sufficient amount of natural gas produced within the natural symbiotic relationship between humans and the environment to handle most needs.

In the case of these Agricultural Production Facilities as discussed here (though this is only one of many in fact) will also be capable of producing their own … or at least trapping the natural gas produced within the local area. This can then be used to generate power via natural gas operated hydrogen fuel cells which will provide a direct source of power in addition to being able to charge up the aforementioned batteries.

All of this together, in cooperation with other research projects around the globe, should allow for the growth of virtually any crop, anywhere in the world, any time of year. The reduction in shipping, production requirements and even the reduced need for lands and other considerations will have a direct impact on the reduction of pollutants on numerous levels, but that is a different article.