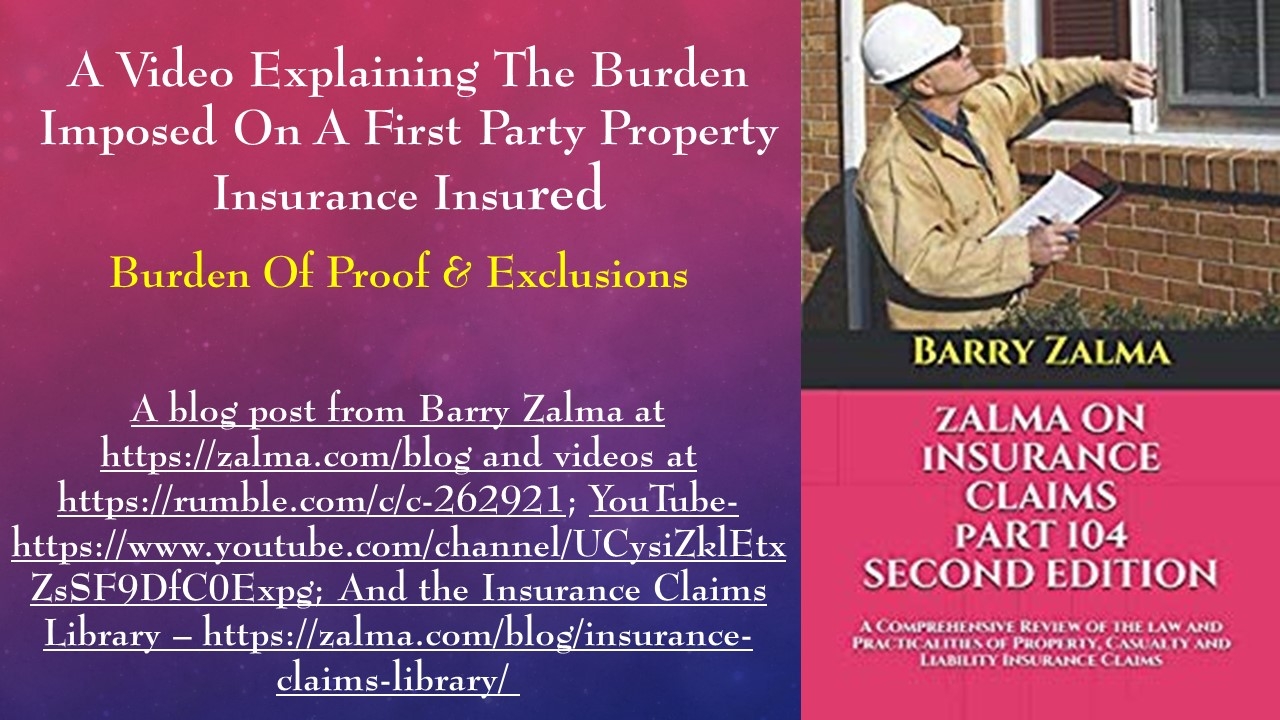 It is the obligation of the insured to prove that property has been physically damaged. The loss of marketability is not a peril insured under a property policy; only physical damage to tangible property is insured.

In Lundstrom v. United Servs. Auto. Ass’n-CIC, 192 S.W.3d 78 (Tex. App. 2006), a case involving a leaking water pipe, the US Court of Appeal affirmed the District Court for the Eastern District of Pennsylvania and found that a leaking water pipe can bring about a loss of personal property. [Gatti v. The Hanover Insurance Company, 774 F. 2d 1151 (1985).] One of the insured’s employees noticed that the ground was saturated with water and that the water meter was spinning rapidly. This led to the conclusion that the water from the underground pipe was escaping after passing through the water meter. Confirmation of this conclusion came in the form of a water bill for $39,523.45. The insureds contended that the all risk policy should cover this expense, but the insurer disagreed and argued that this was a pecuniary loss as distinguished from a physical loss of property.

The court disagreed and found coverage, stating that the insurer’s position “ignored the common sense meaning of the phrase ‘physical loss.’” The water became the property of the insured once it passed through the water meter, and therefore the subsequent escape of water was a physical loss of the insured’s personal property—the water.

Coverage was denied an insured in Chadwick v. Aetna Insurance Company, 9 N.C. App. 446, 176 S.E. 2d 352 (1970), when evidence tended to show that jewelry was stolen from a jeweler by an unidentified man and woman who pretended to be customers at the plaintiff’s jewelry store. The loss was discovered during a “spot check” of the inventory approximately nine days after the alleged theft. The Chadwick court found that the facts of the case did not warrant recovery and ordered a new trial, noting that the language of the policy plainly “bar[s] recovery for unexplained losses or for mysterious disappearances, however they come to light.”

equally for insurers and policyholders. He also serves as an arbitrator or mediator for insurance related disputes. He practiced law in California for more than 44 years as an insurance coverage and claims handling lawyer and more than 52 years in the insurance business. He is available at http://www.zalma.com and [email protected].

Over the last 53 years Barry Zalma has dedicated his life to insurance, insurance claims and the need to defeat insurance fraud. He has created the following library of books and other materials to make it possible for insurers and their claims staff to become insurance claims professionals.