Literally Thousands of Doctors and Scientists Have Come Out Against Fauci’s Lockdowns Including a Nobel Prize-Winning Biophysicist. The Media Just Doesn’t Want You to Know 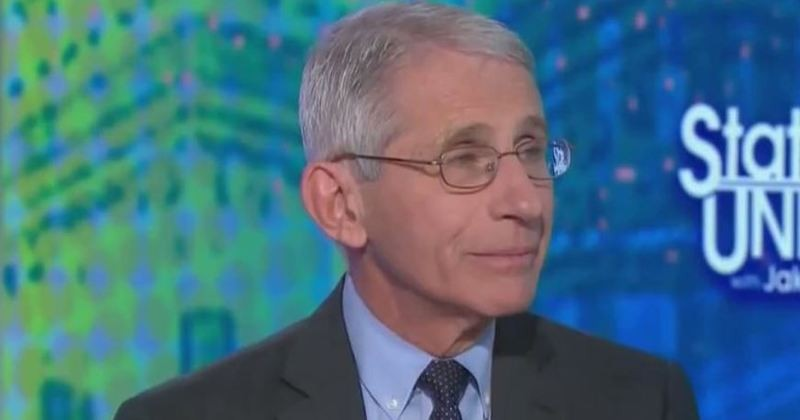 As RedState’s very own Sister Toldjah reported earlier today, the doubts President Trump recently expressed about the wisdom of Dr. Fauci’s advice on COVID-19 have elicited a chorus of smug accusation from the usual suspects that he’s “ignoring the experts.”

Sister Toldjah pointed out that it’s hard to know what their complaint even means given how often Fauci and other media-anointed authorities have done total 180s.

But, even putting aside how their advice seems to change with the political winds, the idea that there’s some scientific consensus in favor of the extreme measures inflicted on us in response to COVID-19 couldn’t be further from the truth.

Though you don’t hear their perspectives on CNN, countless scientists and doctors have tried to warn us not only that COVID-19 isn’t nearly as deadly as we’ve been led to believe; they’re also certain that the real threat to public health we’re facing is from the lockdowns.

For example, though the establishment media has somehow failed to make it widely known, in May over 600 physicians from “all specialties and from all states” signed a public letter to President Trump  describing, not COVID-19, but the lockdowns as a “mass casualty incident.” Since the letter first appeared, the number of doctors signing on has grown into the thousands. Their letter warns:

It is impossible to overstate the short, medium, and long-term harm to people’s health with a continued shutdown. Losing a job is one of life’s most stressful events, and the effect on a persons health is not lessened because it also has happened to 30 million other people. Keeping schools and universities closed is incalculably detrimental for children, teenagers, and young adults for decades to come. The millions of casualties of a continued shutdown will be hiding in plain sight, but they will be called alcoholism, homelessness, suicide, heart attack, stroke, or kidney failure. In youths it will be called financial instability, unemployment, despair, drug addiction, unplanned pregnancies, poverty, and abuse.
​Similarly, way back in April, two California emergency room physicians gave a press conference in which they rejected basically every single premise used to justify the lockdowns. Moreover, unlike Fauci, they actually gave detailed explanations of the reasons behind what they were saying rather than demanding blind obedience.

Dr. Dan Erickson and Dr. Artin Massihi presented data from all across the world indicating that Fauci’s response to COVID-19 was completely out of proportion with the threat it posed. They also explained that isolating healthy people is an unheard-of response that violates the basic tenets of both microbiology and immunology. And, like the thousands of doctors who signed that letter to the president, they described in painful detail the disastrous public health consequences working emergency room physicians on the front lines are seeing every day as a result of these lockdowns. (Read More)
5
Please log in to like, share and comment!
Sponsored
Categories
Read More
Other
https://www.facebook.com/essentialcbdextractofficial/
Essential CBD Extract Bewertungen - Ist dieser Hanfextrakt Arbeit oder Betrug? Preis Jeder...
By Ruth Nixon 2021-07-30 10:52:00 0 70
Networking
TPLinkWifi
TPLinkWifi is an online switch setup page for all TP-Link switches at http://tp-link-wifi.com/...
By Jacob Vik 2021-08-03 11:42:11 0 74
Health
Buy Tramadol online without Prescription :: Buy Ultram 100mg online overnight delivery
Buying Tramadol to cure the problem of back pain Back pain can cause severe problems for the...
By Buy Tramadol Online 2021-05-17 15:11:59 0 94
Other
Sage Elixir CBD Oil Instant Relief & Recovery
Getting more prepared is no straightforward endeavor to experience. Things that used to be...
By HEALTHY LIFESTYLE 2021-03-19 11:18:54 0 82
Games
Highlight replays will feature key stats such as the time
It involves using RFID tags in players' shoulder pads to help chart their"every movement within...
By Megaomg Chen 2021-02-17 02:34:08 0 117