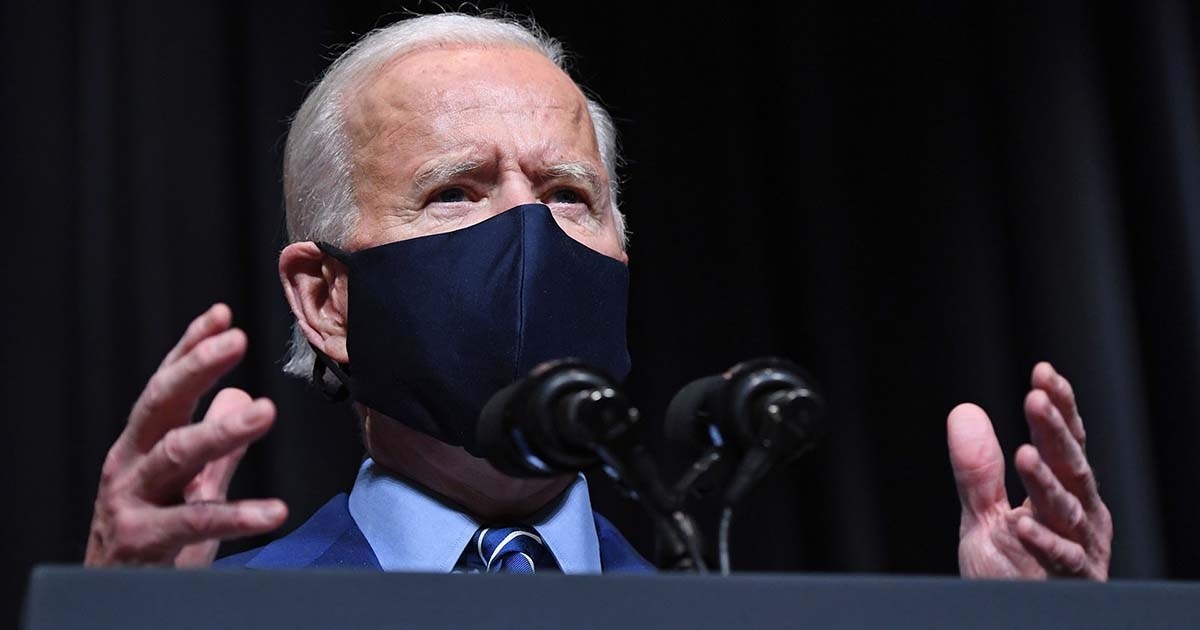 As a presidential candidate, Joe Biden took a swaggering tone when asked about COVID-19 and said he would “shut down the virus” if elected.

However, during his first month in office, almost 100,000 Americans have died, according to new statistics from the Johns Hopkins Coronavirus Resource Center.

Based on the center’s numbers, as of Saturday, 99,763 U.S. residents had died since Biden took office.

The death toll stood at 397,611 when Biden entered the White House, according to Breitbart News, and hit 498,05 as of Sunday, according to Johns Hopkins.

Biden was long on plans and short on specifics when he toured a Pfizer plant Friday that produces coronavirus vaccine, according to a White House transcript of his comments

“I can’t give you a date when this crisis will end, but I can tell you we’re doing everything possible to have that day come sooner rather than later,” he said at the plant, in Kalamazoo, Michigan.

When asked for specifics, Biden said that “I believe we’ll be approaching normalcy by the end of this year.”

However, Biden hedged his bets.

“But I can’t make that commitment to you. There are other strains of the virus. We don’t know what could happen in terms of production rates. Things can change. But we’re doing everything the science has indicated we should do, and people are stepping up to get everything done that has to be done,” he said.

Biden repeated his contention that many Americans are baffled by technology when it comes to signing up for the vaccine.

Although the Trump administration left office having ordered more than 200 million doses of the coronavirus vaccine, Biden repeated his line that he entered office starting from scratch.

“Just over four weeks ago, America had no real plan to vaccinate most of the country. My predecessor — as my mother would say, ‘God love him’ — failed to order enough vaccines, failed to mobilize the effort to administer the shots, failed to set up vaccine centers. That changed the moment we took office,” Biden said.

Biden claimed there will soon be mass vaccination centers across the U.S.

“We’ve worked with governors in California, Texas, New York, and more to come, to stand up massive — mass vaccine sites in stadiums that will be open 24/7, and arenas and community centers. It’s an effort that’s on top of the federal government covering the full cost for the states’ use of their National Guards for pandemic efforts,” he said.

During his visit, Biden also praised the efforts of Michigan Gov. Gretchen Whitmer, whose lockdown edicts have been controversial.

“I’m here to thank my good friend, Governor Whitmer, and she has become a good and close friend. The governor has been on the frontlines of this pandemic, as well, for a long time, and I think she’s doing an incredible job in very difficult circumstances,” he said.