Subrogating Insurer Prejudiced by Explaining its Existence to Insurer 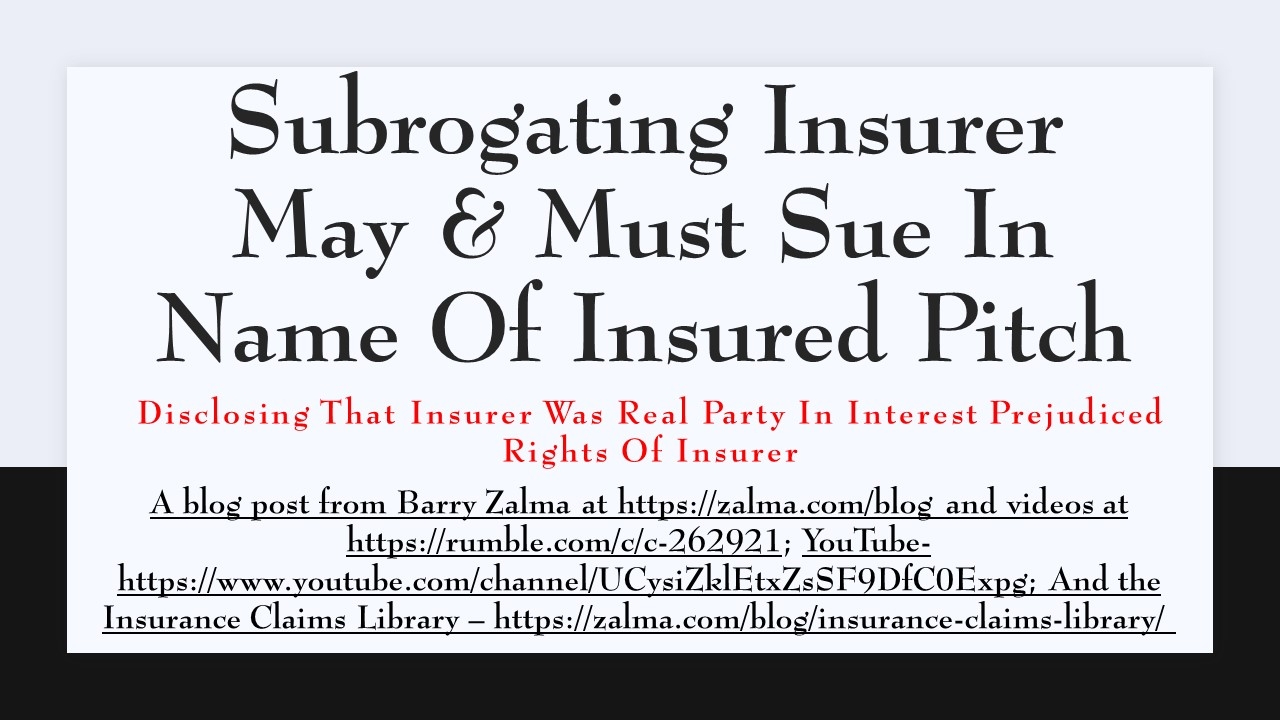 Read the full article at https://www.linkedin.com/pulse/subrogating-insurer-may-must-sue-name-insured-barry-zalma-esq-cfe and at https://zalma.com/blog plus more than 3600 posts.

In George Antoniadis v. Walter Basnight  No. 19-P-1437, Appeals Court of Massachusetts (February 5, 2021) the trial judge erroneously informed the jury of the insurance context of the case.

Subrogation is both an equitable remedy and a contractual one where an insurance policy requires the insured to assist the insurer in proving a case against a tortfeasor who is responsible for the sums paid by the insurer to the insured as the result of an insured against peril. By making it clear to the jury that the insurer was the real party in interest totally deprived the insurer of its right to subrogation by probably causing the jury to believe that Antoniadis would receive double recovery or that he incurred no loss.