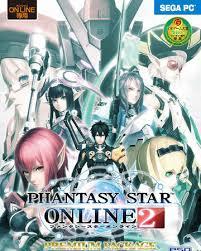 Steam doesnt allow region change anymore the only method is to buy something from a different country but that will never occur. I have to make more space if I want to play with Phantasy Star Online 2 Meseta both. But I wonder if there is an alternative to have one version installed? That means you can bring over costumes and emotes, I can not believe that this was such a radical idea which I said that you would be able to, even when they didn't allow you to bring this over to NGS then their only income for this particular game could end like a car hitting a wall at 60 mph as noone would buy anymore scratch my only concern is a game that run smooth even with WIN7 because the begin become inaccessible for many ppl. (NGS one)This is precisely what I was thinking too and makes the most sense. This way the game has the main core aspects players expect but is fresh and new at the same moment. I believe that it's still going to be instanced and not truly open world. Gameplay shown up to now has shown 8 participant instance maxes. This wouldn't break current AI systems, considering the existing AI just follow your route or teleport to you if they get stuck. The world is open and huge, but everything out of cities was instanced. I am thinking it will be a similar approach to what Dragon's Dogma Online had. The world is open and huge, but everything outside of towns was instanced. They watered down the climbing to a formula and changed a bunch of classes but now that it has gone I constantly want to play it.

I would absolutely love Dragon's Dogma Online-styled encounters in Phantasy Star if because it gives us a reason to explore the planet (or at least fast journey to it to hop out and in ) and also to have a challenge with all the directors and enemies.

I'd imagine with the way New Genesis would possibly be balanced that every class is workable like how Dragon's Dogma Online cleaned up the vocations so that they were complete packages that players could enlarge on and flesh out without needing to engage in things like exactly what Phantasy Star Online 2 now has (specifically Mags deciding which courses you'll excel at along with your skill tree also determining exactly what you gain and lose). I would drop the whole skill tree, and the most important class/subclass method to have something like Dragon's Dogma Online did with all the custom skills, core skills, and the augments with the ability to mix-and-match augments, that everyone unlocks core skills and has them collectively, and that players define their playstyle with their custom abilities. A huge part of that preference for me is so you can surely invest your own time and resources into updating and unlocking new abilities and skills and then after you are done you can go back and mix-and-match things to your liking without even realizing you'd need to fall in money just like you currently do if you wanted to build something like the best principal course tree and a version for an optimal subclass tree, or even invest in a different Mag since you're missing about 6-7percent of your total harm (and are missing 200 points to equip your weapons/units).

Regardless of the intense grind that the game becomes towards the ending (such as running the exact same dungeon like roughly 40-80 times to gain a single level, collecting Blood Orbs and High Orbs to unlock the little stat boosts that add repeatedly, and more), I have felt that Dragon's Dogma Online is certainly an example of an online game that I believe has definitely nailed the"open area" exploration with good gameplay, optional cooperative multiplayer, and still provides both a challenge and comparatively casual experience for people who desire it with no setting up nasty traps for gamers to get trapped in to mess up their assembles. I never liked that in Phantasy Star that you could mess up your skill trees even though you receive the free opportunity to PSO2 Meseta for sale reset them (it does not help when I'm attempting to assist new friends play and they already invested their points without me directing them or informing them about why they do not need STR Up and they wind up running through Level 50+ with no stances and core skills).