‘Maybe You Shouldn’t Even Want To Have Sex With Me’: Tlaib Rants About Sex At DC Abortion Rally 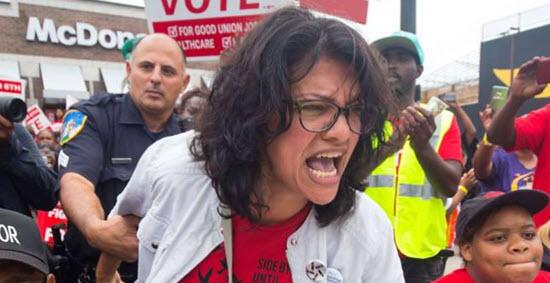 Democratic Michigan Rep. Rashida Tlaib ranted about abortion access and who should not have sex with her Wednesday morning at a Washington, D.C., abortion rally.

Tlaib spoke before the Supreme Court to a rally of pro-life and pro-abortion protesters as the Court heard the abortion case, June Medical Services v. Russo, in which an abortion provider is challenging a 2014 Louisiana state law that requires abortion providers to have admitting privileges in a hospital within 30 miles of the abortion facility.

“This past year I realized, my, my, my, are they obsessed with our bodies,” Tlaib shouted to the rally. “How we talk, how we look, what we stand for. I mean, this type of policing of our bodies is so interconnected to all the social justice movements all around the country.”

Tlaib noted that while she was in the Michigan legislature, she used to say to people, “Yo, yo, you know what, you’re so freakin’ obsessed with what I decide to do with my body, maybe you shouldn’t even want to have sex with me, or with you, or with any women.”