No Harm, No Case 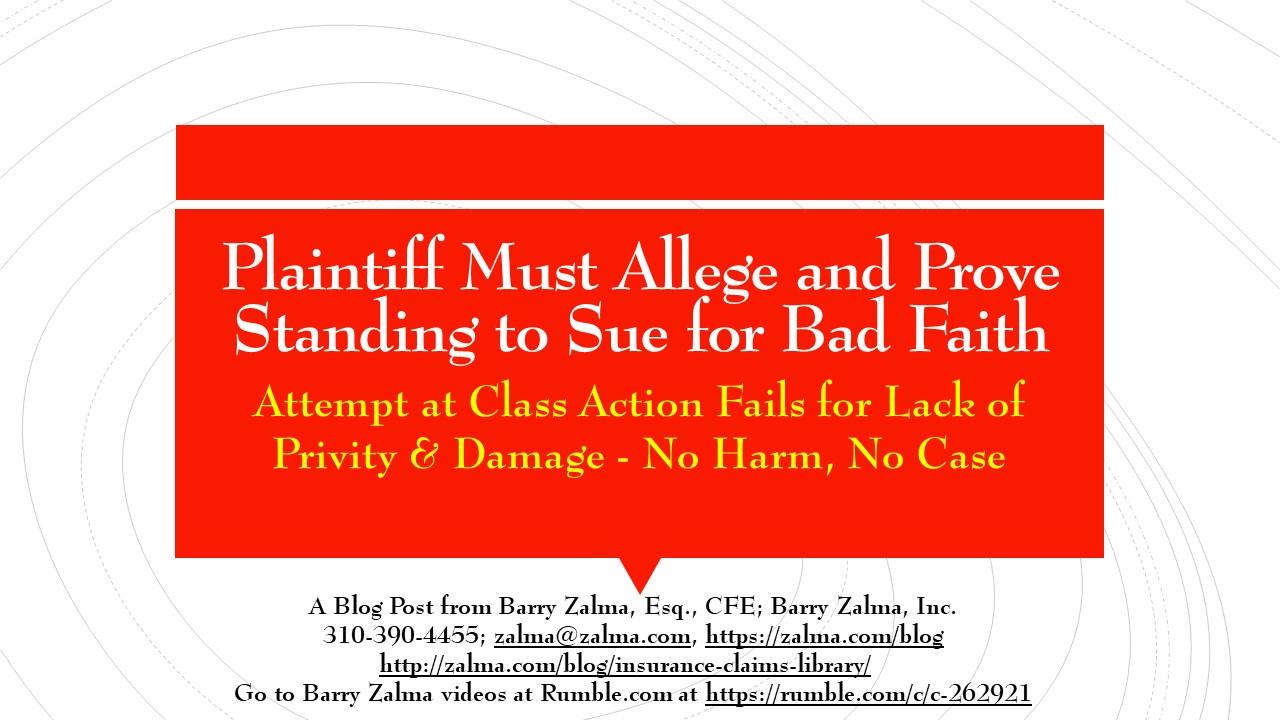 Attempt at Class Action Fails for Lack of Privity & Damage – No Harm, No Case

Read the full article at https://www.linkedin.com/pulse/plaintiff-must-allege-prove-standing-sue-bad-faith-zalma-esq-cfe and at https://zalma.com/blo plus more than 3500 posts.

It is axiomatic that to claim a breach of an insurance contract it is necessary that the person making the claim is a party to the insurance contract. The provider – not a party to the contract – has no standing to allege it was damaged by the insurer. In Stephanie Allen, et al v. USAA No. 01-20-00305-Cv, Court Of Appeals For The First District Of Texas (December 22, 2020) the Allens challenged the trial court ruling.

It is important to every insurer that it pays claims as promised. It is equally important that an insurer refuse to pay claims it does not owe. An insured, who was paid as the insurer promised, has suffered no loss and, therefore, has no available cause of action to sue its insurer. Similarly, the health care provider assignee of an insured in the face of a “no assignment” clause in a policy has no privity and no standing to sue an insurer of its patient for more than it accepted. As the great basketball announcer, the late Chick Hearn, would always say: “no harm, no foul” and therefore no case.