Lawyer Not Required to Work for Free 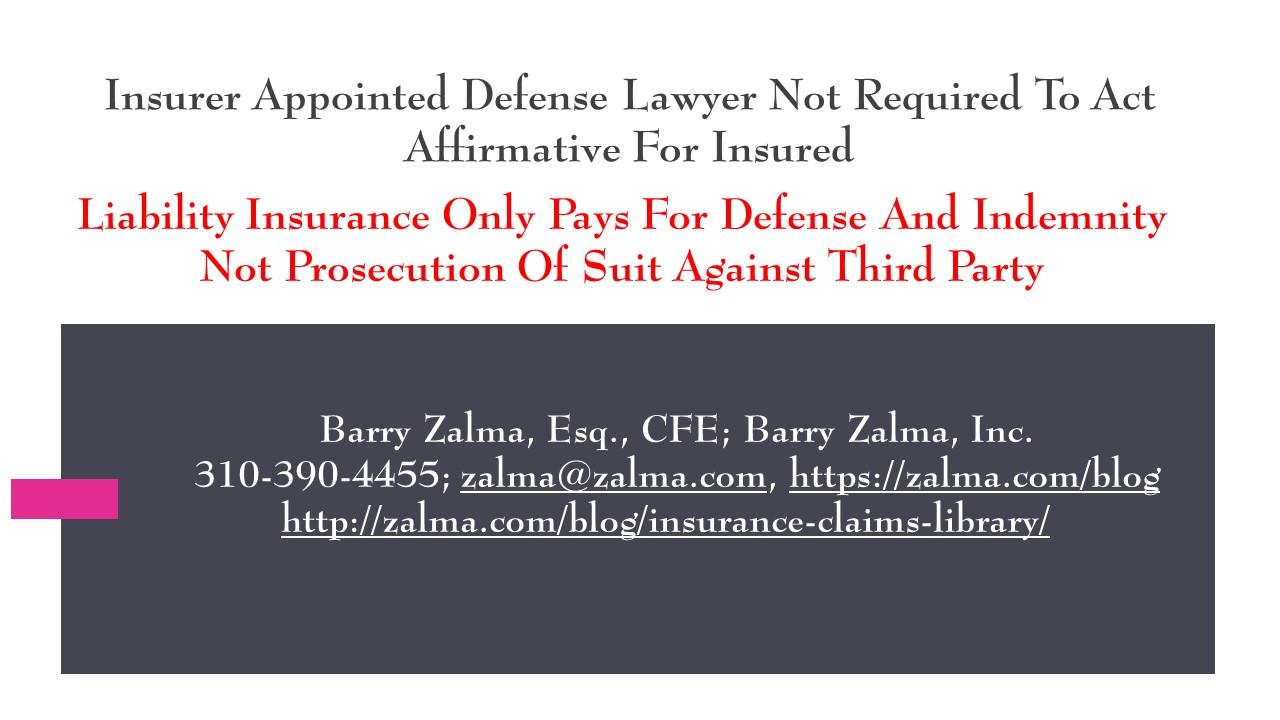 Read the full article at https://www.linkedin.com/pulse/insurer-appointed-defense-lawyer-required-act-insured-barry and at https://zalma.com/blog plus more than 3500 posts.

After a mechanic named Charles Vititoe was injured while working on the rim assembly of a semi-trailer chassis in Charleston, South Carolina Flexi-Van Leasing, Inc. (“Flexi-Van”) who owned the chassis to which the rim assembly was attached (the “Chassis”) (the “Underlying Action”) he sued. Flexi-Van obtained defense from the Travelers subject to a reservation of rights. In Flexi-Van Leasing, Inc. v. The Travelers Indemnity Company, No. 19-1847, United States Court Of Appeals For The Fourth Circuit (November 23, 2020) Flexi-Van alleged there was a conflict with its appointed defense lawyer because he refused to file a counter-claim against another party.

Flexi-Van was hoist upon its own petard by firing a competent defense counsel appointed by its insurer for a conflict of interest that did not exist, by asking an insurer to have its appointed counsel do work that it had not promised to provide by its policy and by seeking defense counsel to work for free.