Sen. Chuck Schumer: 'The Election Is Not in Doubt' 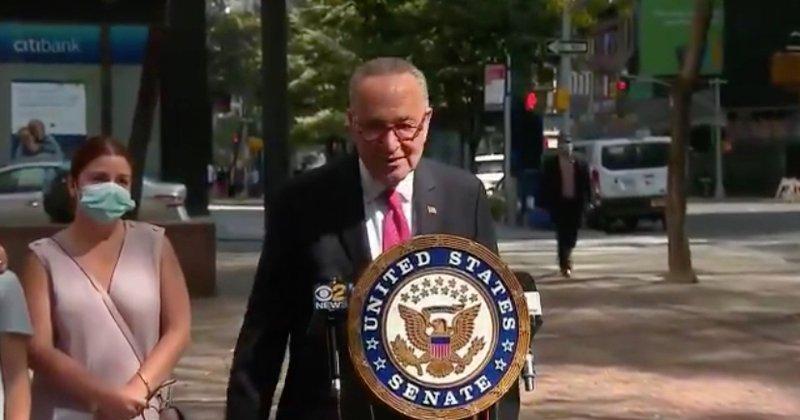 Senate Minority Leader Chuck Schumer (D-NY) dismissed concerns of millions of Americans who are worried about the integrity of the election, asserting at a press conference with House Speaker Nancy Pelosi (D-CA) on Thursday that the election is “not in doubt.”

“The election is not in doubt,” Schumer declared at the joint presser with House Speaker Nancy Pelosi (D-CA), dismissing election concerns as “nothing more than a temper tantrum by Republicans.”

Recent surveys suggest otherwise. A survey on Tuesday from Just the News Daily and independent pollster Scott Rasmussen found that less than half of Americans, or 49 percent, believe Biden won the election, while 34 percent expressed the belief that Trump won, and 16 percent remained unsure.

It is “nothing more than a pathetic political performance for an audience of one: President Donald John Trump,” Schumer assessed, contending that Joe Biden’s (D) Electoral College victory has been “secured by several states, where tens of thousands of votes separate the candidates.”

The final results were not certified at the time Schumer made his remarks.