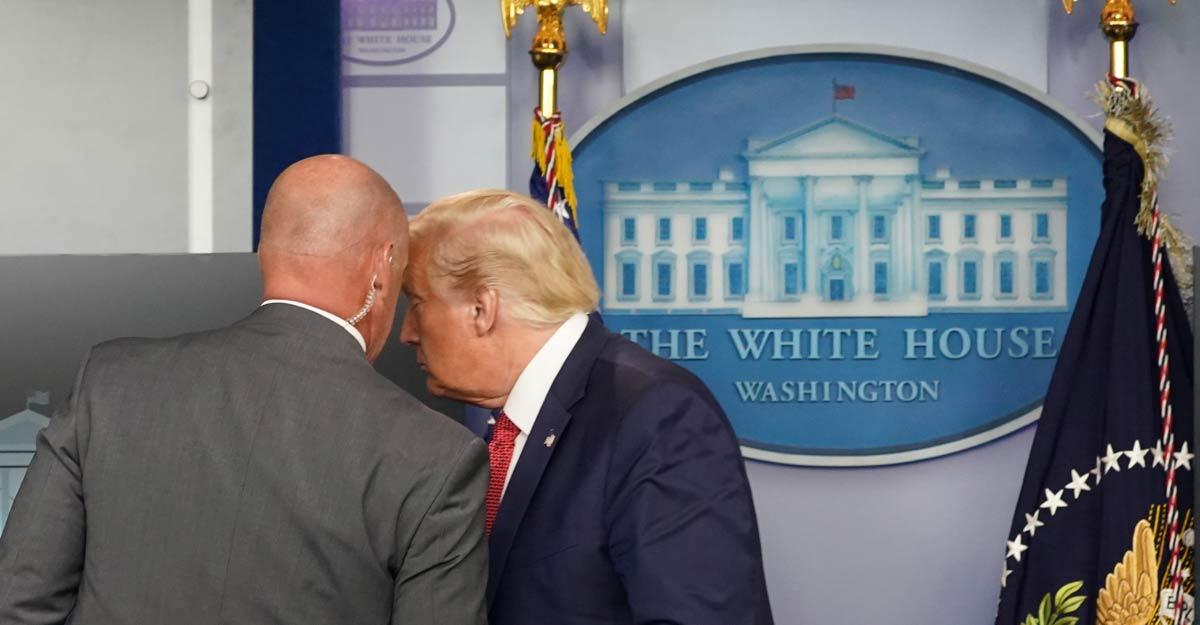 You know, I gotta say, Trump can be a vicious savage on people when he wants to be; but other times he has an almost monk-like stillness to him. The madman just walks right back out and keeps going like nothing happened. I think he did that once before when he was campaigning if I remember correctly.

The perp is one 51 year old Myron Berryman. Berrymen reportedly declared to a secret service officer that he had a gun and intended to use it. But this is where the story gets kind weird. This crazy fuck rushed the cop and, as you might expect, took a lead suppository. For whatever reason, I can’t seem to find any info on what he actually had, but apparently it was not a gun – and even if it was, I’m willing to bet this Berryman would have been dumb enough to RUN UP TO a person with it rather than just shoot. Guns are ranged weapons, buddy. The officer was fine.

And what’s even weirder still is that Berryman’s original felony charge was dropped to a misdemeanor. This dumb fuck assaulted the secret service outside the White House. In what world does that not, like, earn you a private suite in Gitmo? But we’ve been hearing quite a bit about people attacking police and getting let out. I bet mayor Bowser had something to do with this.

And all this come just before some uppity yuppy types plan a fifty day quote unquote “siege” of the white house. Which to me sounds like either a multi-man suicide pact or a photoshoot for some despite Biden ads before the election. Probably both. Maybe they’ll get lucky and a 7.62 round will zip right through a fence-jumper’s skull and hit someone’s emotional-support opossum or something. That would make a juicy anti-Trump banner. “Trump’s gestapo will kill your rodents.” You know what? That would probably be one of the more believable scenarios at this point.

In any case, if this air-quotes “siege” turns out to be more than that pathetic Area 51 rush, It might actually provide some decent entertainment. I’ll be sure to discuss it and maybe do some streaming with a live feed of the action. I’d better see them put their backs into those Naruto runs. Hope they can make hand signs faster than 2,580 feet per second. Or at least make shadow clones.